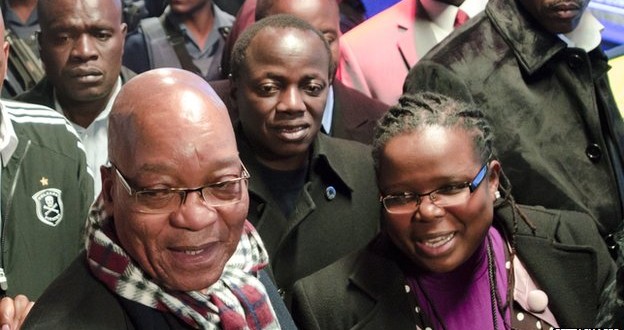 A South African cabinet minister, Collins Chabane, and two of his security staff have been killed in a car crash.

Their car collided with a lorry in the north-eastern city of Polokwane.

Mr Chabane, 54, was minister for public service, a member of the governing ANC’s national executive committee and a close associate of President Jacob Zuma.

He was in charge of planning Nelson Mandela’s funeral.

Mr Zuma said he was “deeply shocked and saddened” by his friend’s untimely death which was a “huge loss to government and the country as a whole”.

He extended “heartfelt condolences” to Mr Chabane’s wife Mavis and the families of Sgt Lesiba Sekele and Sgt Lawrence Lentsoane, who also died.

The ANC said “the falling of a great baobab tree” would leave “a huge void in the ANC and government”.

A lorry driver is being investigated over possible manslaughter, reported AFP news agency.

As well as alcohol and excessive driving speeds, lack of railway freight is said to be partly responsible for South Africa’s high road accident toll – with private motorists forced to share the road with long lines of large mining lorries.