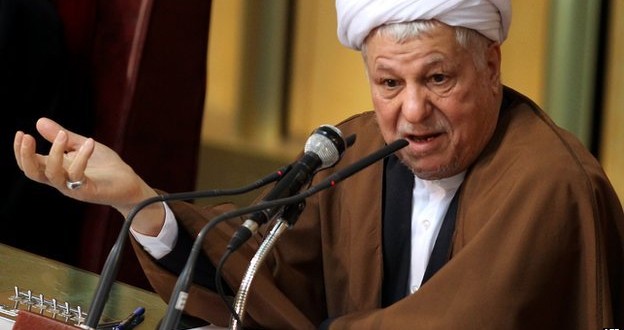 The son of former Iranian President Akbar Hashemi Rafsanjani has been imprisoned by a court in Tehran.

He was accused of inciting unrest after Iran’s disputed elections in 2009 and was arrested on his return from exile in the UK in 2012.

Unofficial reports say the sentence is 15 years although this has not been confirmed.

Mehdi Hashemi has 20 days to appeal against the sentence, a judicial official said. The sentence is also said to include an undisclosed fine and a ban from holding public office.

He went on trial last August at Iran’s Revolutionary Court, which usually hears cases involving security offences. His trial was held behind closed doors so the exact charges are unknown.

The 45-year-old was originally detained and questioned after returning to Tehran in September 2012. He was bailed after nearly three months in custody but later rearrested.

Former President Rafsanjani’s family came under scrutiny during the 2009 elections after he backed Mir Hossein Mousavi, the reformist who failed in challenging President Mahmoud Ahmadinejad.

Critics view Mehdi Hashemi’s sentence as an attempt by hardliners to damage his father’s reputation ahead of parliamentary elections next February.

Mr Rafsanjani, who was one of the founders of the Islamic Republic, was president of Iran from 1989 to 1997.

The 80-year-old fell out of favour in recent years although his support helped reformist Hassan Rouhani win the presidential election in 2013.

Last week, Mr Rafsanjani was heavily defeated by hardliner Ayatollah Mohammad Yazdi in a vote to become the new head of the Assembly of Experts – Iran’s top clerical body.