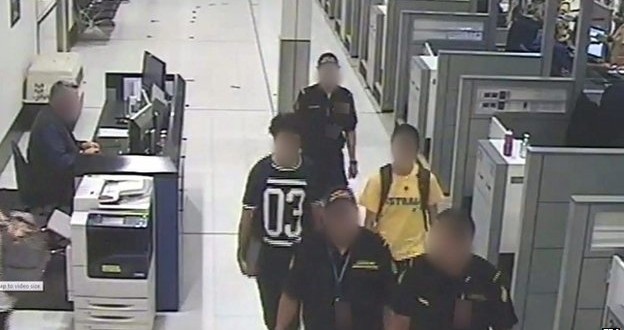 Australian police are stopping hundreds of people every day at airports in an attempt to prevent would-be jihadists leaving the country.

A new counter-terror unit conducted nearly 76,000 “real-time” stops – more than 400 per day – at eight airports between August and February.

The screenings are not random. Counter-terror police are targeting potentially suspicious travellers.

Around 90 Australians are believed to be fighting in the Middle East.

The Border Force Counter-Terrorism Unit (CTU) is a new unit designed to tackle extremists attempting to leave the country and join terror groups such as Islamic State (IS).

A spokesman for Immigration Minister Peter Dutton said the CTU teams had “successfully intercepted a number of people of national security concern” since August,

According to Fairfax Media, CTU teams in Sydney and Melbourne intercepted at least 11 terror suspects in their first three weeks of operation, as well as seizing extremist material.

The Customs and Border Protection Service said the teams had also found evidence of attempted movement of large sums of money.

The tactic has led to accusations of racial profiling from Australia’s Muslim community, including the country’s most senior Islamic cleric, Ibrahim Abu Mohammad, who said in September that the policy had caused “severe stress and unwanted inconvenience”.

Speaking to reporters on Monday, Social Services Minister Scott Morrison declined to say whether the CTU was using racial profiling to decide who was pulled aside at airports to be questioned or searched.

Mr Morrison, who was Immigration Minister when the CTU was established, said the unit was doing “outstanding work”.

The government has earmarked A$150m (£78m; $114m) of the total $630m counter-terror fund to establish CTU teams at eight airports across the country.

Earlier in the month, CTU officers at Sydney airport intercepted two brothers suspected of attempting to join Islamic State (IS).

The boys, aged 16 and 17, raised suspicions as they attempted to pass through customs and were detained.

They were later released without charge into the custody of their parents.