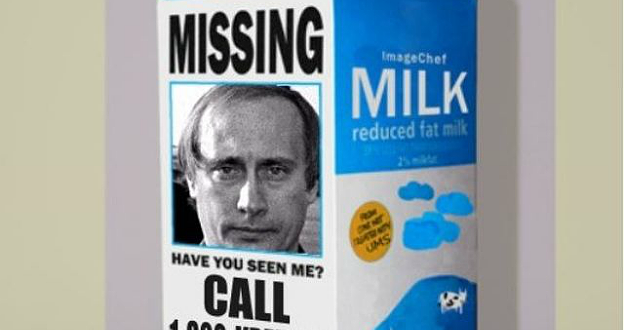 Where’s Putin? The best of the memes

Russian President Vladimir Putin has not been seen in public for nearly two weeks and the internet has responded to his vanishing act in the only way it knows how: memes.

Inevitably, some wondered whether he had escaped the public eye on the back of a weasel riding a woodpecker.

There was some speculation about whether the tough Russian leader had developed an illness or health problem.

As the days went by, rumours of his death also began circulating online.

But some thought the busy world leader might have just packed his bags and gone for some rest and recuperation in sunnier climes.

Whatever the real reason, he is expected to reappear on Monday when he is due to meet his Kyrgyz counterpart, Almazbek Atambayev, in his home city, St Petersburg.