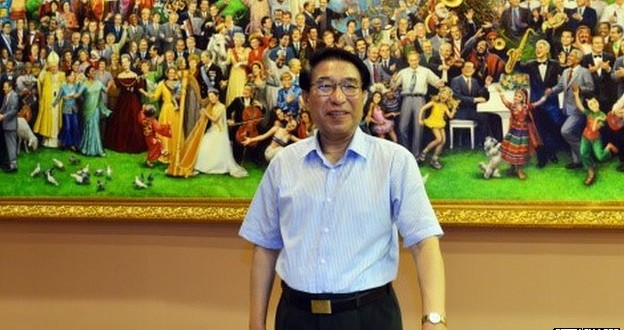 The criminal case against Xu Caihou will now be dropped

A top Chinese general who was accused of taking bribes and expelled from the Communist Party has died of cancer, state media say.

Xu Caihou, 71, was a former vice-chairman of the Central Military Commission and a member of the powerful politburo.

China’s president has made weeding out corruption in the military a top goal.

Authorities said in October that Xu Caihou had confessed to taking “massive” bribes in exchange for assisting in promotions. He had been under investigation since early last year, state media said.

His rank as general had been revoked but charges had not yet been announced.

Xinhua reported that the criminal investigation against him would now be dropped because of his death but his “illegal gains” would be dealt with according to the law.

Xu Caihou rose through the ranks to become the second most senior officer in the People’s Liberation Army – made up of 2.3 million people – behind President Xi Jinping.

He was also a member of the 25-person Politburo – the power-base of the Communist Party.

In 2012, Mr Xi declared a sweeping corruption crackdown and several high-profile officials or businessmen have since been arrested, including China’s former domestic security chief Zhou Yongkang.

Xu Caihou was the most senior member of the military to be targeted as part of the campaign.