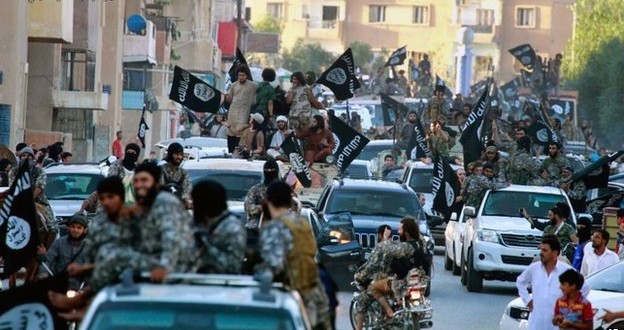 Dutch kids ‘kidnapped’ to join IS

A Chechen woman living in the Netherlands has taken her two young children against their father’s will to join Islamic State (IS) militants in Syria, Dutch prosecutors say.

The mother, a boy aged eight and a seven-year-old girl are believed to have travelled using false passports.

The divorced father, a Dutchman, had warned the authorities of their imminent departure.

The authorities say it is the first case of its kind.

The 32-year-old woman, who was not identified, had been living in the southern Dutch city of Maastricht.

She and her two children had not been seen since the end of October.

They are understood to have taken a flight from Belgium to Athens and the woman is reported to have contacted her mother in January, saying they were in the IS stronghold of Raqqa in northern Syria.

Prosecutors are treating it as a case of kidnapping and have issued an international arrest warrant.

But they acknowledge that if the woman and her children have crossed the border into Syria, there is very little they can do to bring the family home.

An estimated 200 Dutch nationals, including some minors, are known to have joined IS in Iraq and Syria.