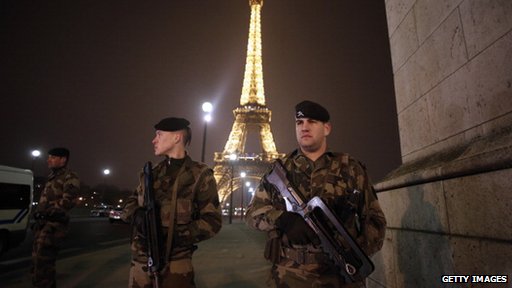 The French authorities have used new powers to block five websites, which they claim condone terrorism, without a court order.

The chairman of European Internet Service Provider OVH tweeted that his firm had not been given any warning.

The new powers apply to sites suspected of commissioning or advocating terrorism or distributing indecent images of children.

The rules were approved along with other counter-terrorism measures by the French parliament last year.

It is the first time they have been put to use to block websites without going through a court process.

Visitors to the sites affected are now directed to a page from the French Interior Ministry, containing a graphic of a big red hand.

Following the attack on French magazine Charlie Hebdo in January, interior ministers from 11 European countries including France expressed concern in a joint statement at “the increasingly frequent use of the internet to fuel hatred and violence”.

They added that they were determined to ensure that “the internet is not abused to this end, while safeguarding that it remains… a forum for free expression.”