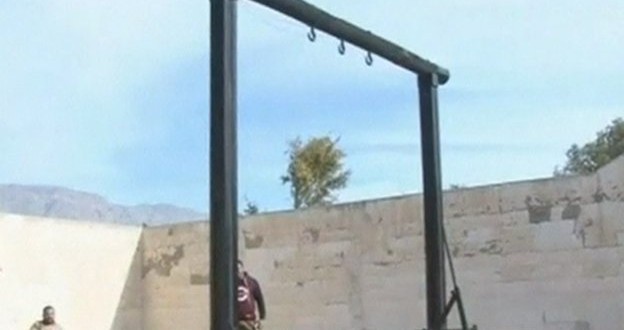 Pakistan has hanged 12 convicts, the largest number of people executed on the same day since the country overturned a ban on executions.

The men were terrorists, murderers or guilty of “heinous crimes”, an interior ministry spokesman said.

At least 27 convicts have been executed since the moratorium was lifted, most of them militants, Reuters reported.

It is estimated there are more than 8,000 Pakistanis on death row. Rights groups say many convictions are unsafe.

A moratorium on hangings was lifted for terror-related crimes after a Taliban attack in December killed more than 150 people, mostly children, at a school in Peshawar.

But last week it became clear that officials had widened the capital punishment policy to include all prisoners on death row whose appeals had been rejected.

Many of the executions are carried out amid tight security

The subsequent executions have taken place despite calls by the UN not to resume them.

Human rights groups say that prisoners often do not receive a fair trial at the hands of Pakistan’s outdated criminal justice system and that torture has often been used to force confessions from poorly-trained police.

It reported that the hanging of one man in Multan was delayed at the last minute following an agreement between the defendant and the family of the murder victim.

On Thursday, the government is due to execute Shafqat Hussain, a prisoner who lawyers say was aged only 14 when he was convicted 10 years ago of the kidnap and manslaughter of a child.

They say that his confession was extracted after nine days of torture.