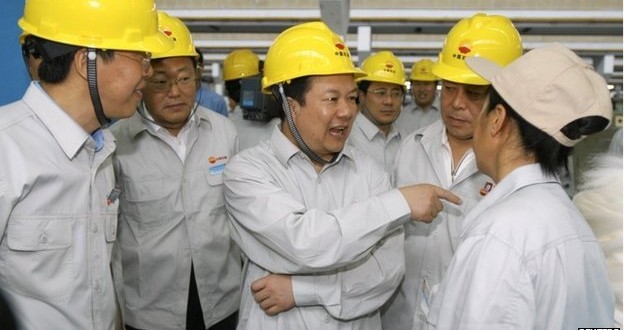 A vice-chairman of China’s biggest state-owned oil producer, PetroChina, is being investigated for “serious disciplinary violations”.

China’s disciplinary watchdog did not give details of the probe into Liao Yongyuan but the phrase usually refers to corruption.

Other executives from the firm and its parent company are already under investigation.

The government has said cracking down on corruption is a top priority.

Liao Yongyuan has been at the parent company, China National Petroleum Corporation (CNPC), for 30 years and was appointment vice-chairman of PetroChina in May last year.

The former chairman of both companies, Jiang Jiemin, and other executives have also been put under investigation, although none of them have stood trial yet.

Mr Liao is the latest in a series of high-profile government or military officials or business figures to be named in a corruption probe.

On Sunday, the Central Commission for Discipline Inspection said it was looking into violations by the chairman of one of the top state-owned automakers, China FAW Group.

President Xi Jingping, who initiated the corruption crackdown, has described graft as a major threat to the ruling Communist Party.