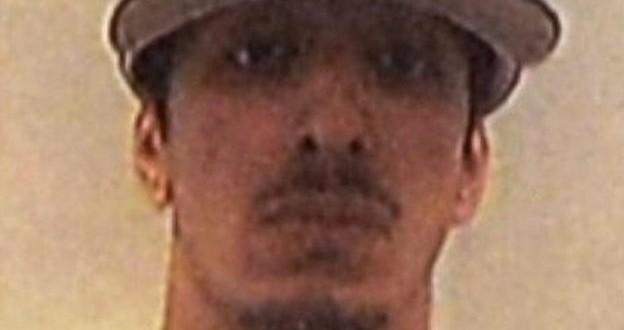 The man identified as extremist “Jihadi John” said he felt like a “dead man walking” after being contacted by UK security services, a newspaper reports.

Mohammed Emwazi, a Kuwaiti-born British man from west London, made the claims in 2010 in email exchanges with a Mail on Sunday journalist, the paper says.

Emwazi said he had considered suicide so he could “get away” from MI5.

In recent months, he has been seen in several Islamic State videos where Western hostages have been beheaded.

According to the Mail on Sunday, Emwazi emailed its security editor Robert Verkaik in 2010 and 2011.

Writing in December 2010, Emwazi claimed to have met a member of the security services who was posing as a buyer for his laptop.

He revealed his fears after the buyer shook hands on the deal and called him by his first name, which Emwazi said he had never revealed.

He wrote: “I felt shocked and paused for a few seconds as he walked away…. I knew it was them!”

He added: “Sometimes I feel like a dead man walking.”

He explained he did not fear that MI5 would kill him but that he would take his own life, so “I will sleep for ever”, the newspaper reports.

He added: “I just want to get away from these people!”

UK security services have been criticised in recent days for not stopping Emwazi fleeing to Syria to join Islamic State.

Meanwhile, it is reported that the north London school attended by Emwazi – Quintin Kynaston Academy in St John’s Wood – also educated two other pupils in the same period as Emwazi who went on to become Islamist fighters.

The Sunday Telegraph said both pupils had died fighting for terror groups, one in Syria and the other for al-Shabab, an affiliate of al-Qaeda, in Somalia.

A Department for Education spokeswoman told the newspaper its counter extremism division was working “tirelessly” to understand extremism and to offer help to schools with pupils or former pupils who had travelled to “areas of concern” such as Syria.

She added: “The allegations about Quintin Kynaston may be historic and it is clearly a completely different school today, but I’m sure we will look back at the evidence from the time as part of this review to see if there are any lessons we can learn for the future.”

Quintin Kynaston has said it is “shocked and sickened” that a former pupil may be involved with Islamic State.

It added: “QK has been extremely proactive in working with the government’s Prevent strategy for a period of time and will continue to do so for the foreseeable future.”

Emwazi’s former school says it is shocked by the allegations

Emwazi, who is in his mid-20s, first appeared in an Islamic State video last August, when he apparently killed the US journalist James Foley.

He is later thought to have been pictured in the videos of the beheadings of US journalist Steven Sotloff, British aid worker David Haines, British taxi driver Alan Henning, and American aid worker Abdul-Rahman Kassig, who was also known as Peter.

UK-based advocacy group Cage has suggested that MI5’s contacts with Emwazi may have contributed to his radicalisation.

But former shadow home secretary David Davis said UK intelligence agencies had a flawed anti-terrorism strategy, because extremists like Emwazi had been left free to “carry out evil deeds”.