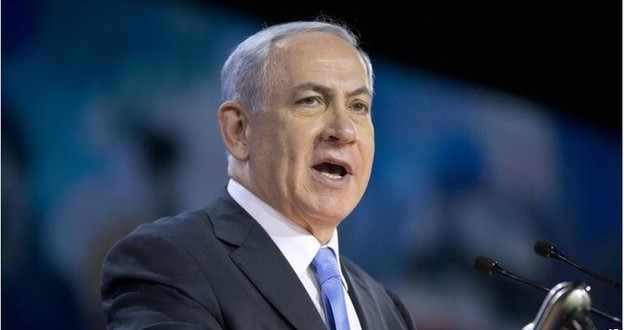 'No disrespect' in Netanyahu speech

Mr Netanyahu will speak to the US Congress on Tuesday

Israeli Prime Minister Benjamin Netanyahu has said his coming speech to the US Congress is “not intended to disrespect” President Barack Obama.

In a speech to the top US-Israel lobby, Mr Netanyahu said the last thing he would want is to make Israel a US partisan issue.

Mr Netanyahu has been invited to speak at the US Capitol on Tuesday by House Speaker John Boehner about Iran.

It is seen as a rebuke to Mr Obama’s threat to veto new sanctions on Iran.

The White House has said Mr Obama will not meet Mr Netanyahu during this trip as he is visiting too close to Israel’s election date.

The Israeli leader is at odds with the Obama administration’s pursuit of negotiations with Iran over their nuclear programme.

Reports of the demise of the Israeli-US relationship is not only premature, they’re just wrong”

The US, along with the UK, France, Germany, Russia and China, are seeking to reach an accord to curtail Iran’s nuclear programme is exchange for sanctions relief.

“I have a moral obligation to speak up in the face of these dangers while there is still time to avert them” Mr Netanyahu told the American Israel Public Affairs Committee (Aipac) conference in Washington.

But Mr Netanyahu said disagreements would not hurt the US-Israel relationship in the long-term.

“Reports of the demise of the Israeli-US relationship is not only premature, they’re just wrong,” Mr Netanyahu said “Our alliance is stronger than ever.”

The announcement of the Israel prime minister’s visit came a day after Mr Obama’s annual state of the union address, in which he warned Congress he would veto any attempt to impose additional sanctions on Iran during negotiations.

Mr Netanyahu was preceded at Aipac’s conference by US Ambassador to the UN Samantha Power, who said the US-Israel relationship would never be politicised but defended negotiations.

“We believe diplomacy is the preferred route to secure our shared aim,” Ms Power said. “But if diplomacy should fail, we know the stakes of a nuclear-armed Iran as well as everyone here. We will not let it happen.”

And Secretary of State John Kerry, who is taking part the negotiations in Switzerland, backed Israel’s place in the UN at a speech to the UN Human Rights Council (HRC).

Saying the HRC’s “obsession” with Israel threatened to “undermine” the good work of the organisation, Mr Kerry said the US “will oppose any effort by any group or participant in the UN system to arbitrarily and regularly de-legitimise or isolate Israel”.

But Mr Kerry also warned Israel about releasing “selective details” of the negotiations with Iran.

“Doing so would make it more difficult to reach the goal that Israel and others say they share,” Mr Kerry said.

Are you in Israel? What are your hopes and expectations for Mr Netanyahu’s visit to the US Capitol? You can email your comments to [email protected]. If you would be available to talk further to a BBC journalist please include a contact telephone number.