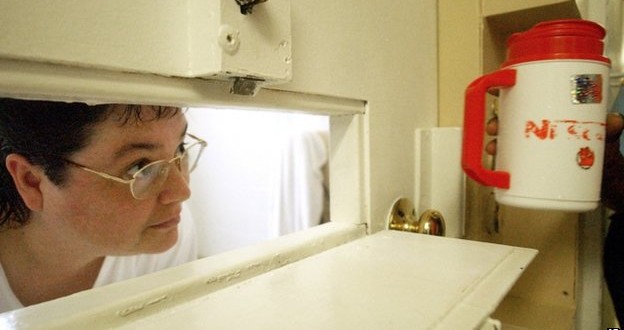 No new data data has been announced for Gissendaner’s execution

The US state of Georgia has postponed its first execution of a woman in 70 years because the drug to be used appeared “cloudy”, US officials say.

Corrections officials in the southern state said they had first called a pharmacist and then decided to halt the execution out of “caution”.

The only drug used in Georgia’s executions is pentobarbital.

Kelly Renee Gissendaner, 46, had been scheduled to die for her part in her husband’s murder in 1997.

The execution had been planned for 19:00 local time Monday (00:00 GMT Tuesday). No new date has been announced.

The decision to postpone the execution came as the Supreme Court was due to rule on last-minute arguments for a stay of execution submitted by Gissendaner’s defence lawyer.

US states that carry out the death penalty have faced a series of setbacks in recent years over the supply and use of lethal injection drugs.