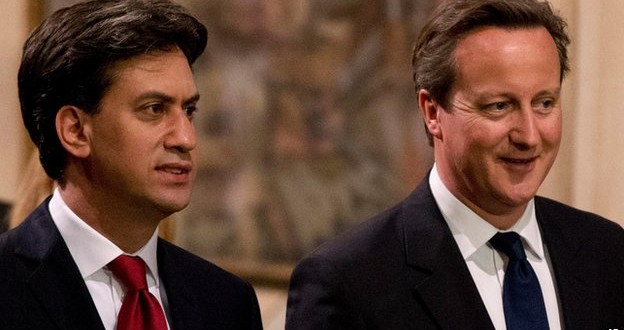 Tory-Labour coalition 'may be needed'

A Conservative-Labour coalition may be needed after May’s election to prevent the SNP holding the balance of power, a former Tory chairman has suggested.

Writing in the Independent, Lord Baker of Dorking said a Labour minority government reliant on the SNP would be a “nightmare” situation at Westminster.

Lord Baker said such an arrangement could “stretch the constitution of our country to breaking point”.

The SNP said it was trusted more than Labour to keep the Tories out.

Lord Baker accepted that a deal between David Cameron and Ed Miliband was “quite unthinkable” at the moment.

But he pointed out that Angela Merkel’s Christian Democrats governed with the Social Democrats in Germany.

Lord Baker wrote: “What is at risk is the continuing unity of the United Kingdom.

“In order to preserve that unity, another way should be found.

“This could be a joint government of the Labour and Conservative parties – quite unthinkable at the moment and, at this time, likely to be rejected by both of them.

“But this is what has happened in Germany.”

The peer’s words echo former Prime Minister Sir John Major’s warning that the SNP would enter any deal with Labour with the “overriding aim” of “prising apart” the union.

The SNP has ruled out going into partnership with the Conservatives

Lord Baker, who stressed he was not advocating a Conservative-Labour coalition, later told Stephen Nolan on BBC Radio 5 live: “One of the real dangers is that the SNP would be led in the Commons by Alex Salmond, who is a very shrewd politician.

“He could secure even more levels of devolution. That would lead more to the break-up of the United Kingdom. I think it would be a considerable threat.

“Well, that is not clearly the position.”

SNP leader at Westminster, Angus Robertson, said “far more people in Scotland” trusted the SNP rather than Labour to keep the Conservatives out of government.

“Communities across Scotland are already hurting thanks to the austerity agenda of this government – and another five years of cuts would have a devastating impact,” he said.

“This is exactly why the SNP – unlike senior Labour figures – has been clear that under no circumstances would we prop up a Tory government.”

Lord Baker’s comments come as Labour leader Mr Miliband is set to say that Scotland cannot afford the risk of the Conservatives emerging as the largest party in May’s general election.

Mr Miliband will tell the Scottish Labour conference in Edinburgh later that the vote is a choice between his party and the Tories.

He will warn delegates that voting SNP will increase the prospect of a second term in office for Mr Cameron.