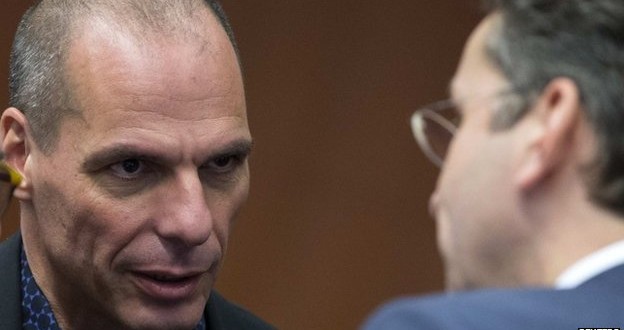 The head of the eurozone’s finance ministers has called on Greece to “stop wasting time” and engage in serious talks on reform.

At a meeting in Brussels, Jeroen Dijsselbloem said there had been little progress made since discussions two weeks ago.

European creditors want to approve a detailed list of reforms before they release any loans to Greece.

But, so far, Greece has only outlined a broad range of intended changes.

Mr Dijsselbloem said: “It is taking way too long. We have offered to support them, but that goes hand in hand with conditions.”

He said no real talks had yet started, adding: “There has been no implementation, so we have to stop wasting time.”

Greek Finance Minister Yanis Varoufakis is yet to respond to the comments. On Friday, he sent a letter to eurozone officials outlining seven planned measures for reform.

But at the Brussels meeting, officials indicated the letter was only a starting point and did not contain detailed figures.

Greece aims to save €200m (£140m) through public spending cuts, as well as streamlining bureaucracy and cracking down on tax evasion.

It needs to agree terms so that it will become eligible for more credit from the eurozone and the International Monetary Fund. This would in turn allow its banks to finance themselves from the European Central Bank.

Earlier, Mr Varoufakis said it was possible that a referendum could be held if the eurozone rejects Greece’s debt renegotiation plans.

At the weekend, Greek Prime Minister Alexis Tsipras urged Mr Varoufakis and other ministers to use “fewer words and more action”.

In an Italian newspaper interview on Sunday, Mr Varoufakis was asked what his options were if a deal was not agreed.

“If needed, if we encounter implacability, we will resort to the Greek people either through elections or a referendum,” he told Corriere della Sera.

This was interpreted by some as a threat to leave the eurozone if talks broke down, something the Greek government was quick to deny.

Greek officials pointed out that the words “for the euro” had been added to Mr Varoufakis’s remarks in brackets in the article. Greece’s eurozone membership was “a given” and did not form any part of negotiations with the Eurogroup, they added.

Mr Varoufakis later criticised the reports as “wilful attempts to undermine the good course” of attempts to agree a deal with creditors.