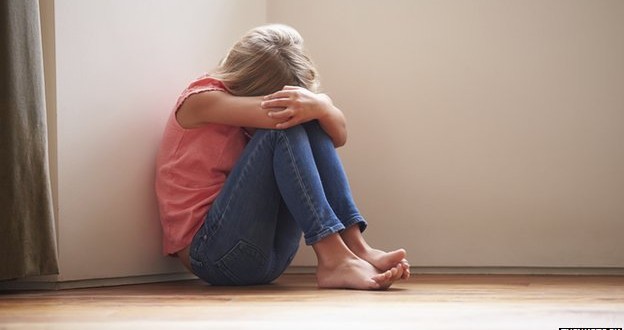 Thousands of pounds were used instead to tackle “priority crimes” like robbery, car crime and burglary, Tony Brookes has claimed.

South Yorkshire Police said they were not aware money had been diverted.

Deputy Prime Minister Nick Clegg, MP for Sheffield Hallam, agreed there should be a review.

I asked several times where’s the money gone and the stock answer was: ‘It’s gone’”

Mr Brookes said the money was invested in dealing with robbery, car crime and burglary, which were the force’s priority crimes as a result of mandatory government targets.

The money was diverted despite mounting evidence young girls in Sheffield were suffering serious sexual abuse.

The recently retired South Yorkshire Police detective worked on an investigation into child sexual exploitation in Sheffield in 2007.

He said he sought a budget of £24,000 from force headquarters for Operation Glover but had been given £16,000, a figure he described as “inadequate”.

Mr Brookes claimed that just months into the investigation he was called to a meeting and told that the budget had been spent.

He said he was astonished, having kept a close eye on costs and knowing he had spent less than £8,000.

The other £8,000 was “spent on district priorities, to investigate robbery, burglary and car crime”.

He told the BBC: “I asked several times where’s the money gone and the stock answer was: ‘It’s gone’. Without the budget, we all went back to our normal roles.”

Tony Brookes said he had kept a close eye on spending

Mr Brookes claimed that the funds were diverted despite detectives being aware of allegations that young girls were being sexually and physically abused in Sheffield – and despite senior officers being sent a report urging inquiries to continue after the end of Operation Glover.

The money was re-allocated to meet Home Office targets and failing to meet them would have harmed the force’s reputation, he said.

Crime targets were introduced by the Labour government in 2002. Police forces in England and Wales were told they had to prioritise certain offences, in particular car crime, robbery and burglary.

Like all forces, South Yorkshire’s performance would be judged by how well they hit the targets.

Following the Sheffield allegations, Mr Billings has met local MPs, the chief constable and city council officials and is in negotiations with the Home Office about how to proceed.

He said the county-wide inspection would be similar to the one Louise Casey carried out into Rotherham Council’s failings after it emerged in Professor Alexis Jay’s report that 1,400 children had been abused in Rotherham.

He said: “Public confidence in South Yorkshire Police has been severely damaged by these most recent allegations that the force failed to listen to hundreds of abused young people in Sheffield as we know they failed in Rotherham.

“If I am to do my job, I need to be sure that everything that can reasonably be known about the past is known. This is the first and crucial step if the force is to get itself into a better place.

“However, in the light of what has now been revealed I cannot be certain that we are at that point.

“Reluctantly, therefore, I now believe that a full ‘Casey-like’ county-wide inspection of South Yorkshire Police is necessary to get to an accepted understanding about the past and whether things have changed – which is the first step to restoring public confidence.”

The Home Office said the government was “determined to eradicate” child sexual abuse and that it was considering Dr Billings’ statement.

Deputy Prime Minister and MP for Sheffield Hallam, Nick Clegg said: “These allegations against South Yorkshire Police are incredibly serious, especially given they come just months after other serious allegations into child abuse investigations in Rotherham.

“It is only through learning what went wrong in the past that we can ensure it never happens again in the future.

“That is why I believe that Her Majesty’s Inspectorate of Constabulary should undertake a wide-ranging review into the culture and processes at South Yorkshire Police that led to these scandals happening.”

Meanwhile another former South Yorkshire officer has told the BBC that some attempts to reduce prioritised crimes were highly misleading and lacking in transparency.

The officer, who does not want to be identified, said distortion of the figures had been “happening every day”.

Experienced detectives were prevented from recording certain crimes and instead had to submit a report with specially-created units deciding how it would be catalogued, he claimed.

He said: “They (officers in those units) would go to a meeting in the morning and the senior officer would say: ‘How many robberies did we have yesterday?’

“Instead of there being eight reports of robberies, it would be: ‘Well we had two’ because they would have managed to (reduce it). They’d ‘no crime’ it, or they’d go back to the original complainant, get additional statements, and pressurise them to withdraw the complaint.”

One example he recalls is a gang member shooting five bullets at a woman through her kitchen window, from a distance of about six feet.

Instead of the incident being recorded as attempted murder, it was marked down as “criminal damage to a window”, he said.

Other forces have also been accused of distorting crime figures. In 2013 the chief constable of Derbyshire Police Mick Creedon said an “obsession” with reducing crime was creating a pressure on police to “manipulate” crime statistics.

South Yorkshire Police told us that they had no knowledge of the money being diverted from sexual exploitation investigations, but if they received any information they would investigate it thoroughly.

They said that the force “records crime ethically and according to the National Crime Recording Standards”, adding: “A significant amount of training has been given to officers to ensure this happens.”