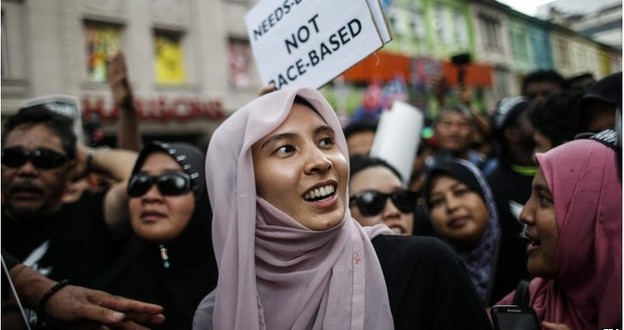 The eldest daughter of Malaysia’s jailed opposition leader Anwar Ibrahim has been arrested for alleged sedition.

Nurul Izzah Anwar, a vice president of her father’s PKR party, was detained for a speech she made in parliament last week where she criticised the judiciary for his conviction.

Mr Anwar was jailed last month when his appeal against a sodomy was rejected.

Ms Nurul Izzah had read out in parliament portions of a statement written by her father where he denounced his charges and trial process, and questioned the independence of Malaysia’s judiciary.

His daughter is a prominent figure in opposition politics and seen by some as Mr Anwar’s successor.

She announced her arrest in a series of tweets on her Twitter account, adding later: “Remanded but never defeated!”

News portal The Malaysian Insider reported that her arrest came after another politician filed a police report against her for her speech.

Malaysia has parliamentary privilege, where MPs are not liable for civil and criminal proceedings for statements made in the house.

Following several public rallies calling for reform in 2012, Prime Minister Najib Razak promised to scrap the country’s sedition laws, which date back to when the country was a British colony. But last year he went back on that pledge and said the laws would stay and even be strengthened.

A growing number of government critics, including opposition politicians, have been either investigated or charged with sedition in the past year.