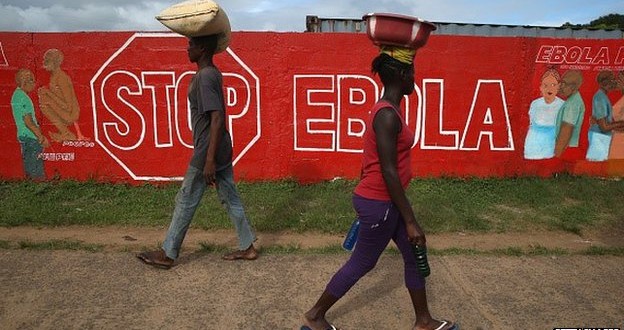 Liberia had hoped to be declared Ebola-free in April

Liberia has confirmed a new case of Ebola, undermining growing hopes in the country that it might soon be declared free of the disease.

There had not been a new case for 20 days until a woman tested positive on Friday in the capital, Monrovia.

The World Heath Organization requires 42 days to elapse from the last known case before a country can be declared free of the virus.

More than 4,000 people in Liberia have died from the disease.

Liberia thought it had discharged its final Ebola patient, Beatrice Yardolo, over two weeks ago

Liberia’s Acting Head of the Ebola Incident Management Team, Dr Francis Kateh, told the BBC that a woman who was taken into a treatment centre in Monrovia on Thursday had tested positive for the virus.

Dr Kateh said he was concerned that it had not been possible to establish how the woman became infected, as health workers had run out of “contacts” to pursue.

‘We are going to win soon’

The authorities look to isolate anyone with whom a patient has been in contact and who may be carrying the disease.

He said they now intended to investigate whether the woman had travelled abroad.

On 5 March, Liberia discharged its last known patient, Beatrice Yardolo, from a treatment centre in Monrovia, sparking hopes that the country might be on its way to being officially declared Ebola-free.

More than 10,000 people have died of Ebola since the outbreak was detected a year ago in Guinea and subsequently spread to neighbouring Liberia and Sierra Leone.

While the number of cases has slowed this year, the virus is far from eradicated.

Sierra Leone is to enforce a three-day lockdown later this month in some western areas of the country, including the capital, Freetown, to try to contain the epidemic.

Health workers will visit every house in the areas affected as they did in a similar curfew in September.