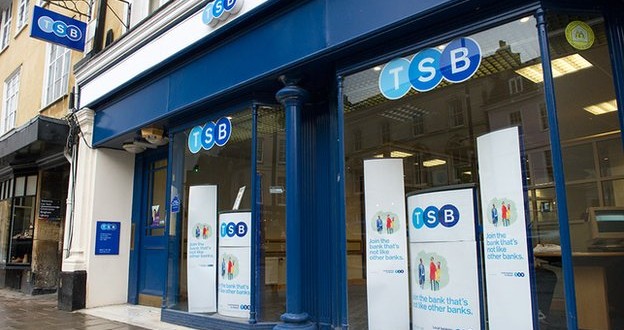 TSB – the bank formerly owned by Lloyds – has agreed to a £1.7bn takeover by Spanish bank Sabadell.

The takeover of the UK bank comes less than a year after it rejoined the stock market when Lloyds Banking Group sold off 50% of the business.

Sabadell’s 340p a share offer is 4% above TSB’s Thursday’s close.

TSB shares rose 2% to 333p, suggesting investors are not fully confident the deal will go through. Lloyds Banking Group rose 0.5% to 79.92p.

The 340p offer price is 29% above the level at which investors valued the TSB business on 11 March, before Sabadell stepped in.

Lloyds is selling its remaining 50% stake to Sabadell.

The deal needs the approval of UK regulator the Prudential Regulatory Authority, as well as the European Commission and shareholders.

TSB said that if a takeover went ahead, Sabadell would continue to “operate TSB as a robust competitor in the UK banking market, building on the TSB brand name” and Sabadell would support and accelerate its “retail growth strategy”.

Lloyds had been ordered to sell the bank by European regulators as a condition of its government bailout during the UK financial crisis of 2007 to 2009.

The UK bank sold its Spanish retail banking business to Sabadell in 2013 in exchange for a 1.8% stake in Sabadell.