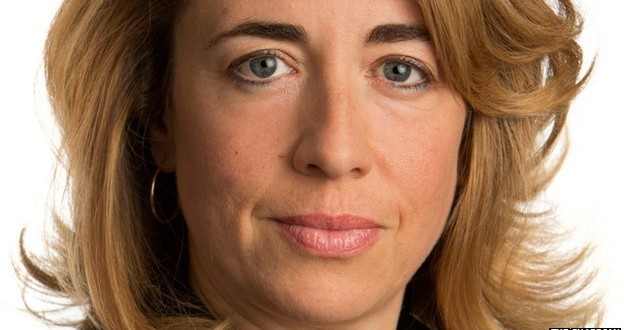 Katharine Viner is to become the first female editor-in-chief of The Guardian newspaper.

Viner, currently editor-in-chief of the broadsheet’s New York-based US website, will take over from the departing Alan Rusbridger in the summer.

Viner joined The Guardian in 1997 and has been its deputy editor as well as editor of its Saturday edition.

“Being editor-in-chief of the Guardian and Observer is an enormous privilege and responsibility,” Viner said in a statement.

She was “honoured”, she added, to be “leading a first class team of journalists revered around the world for outstanding reporting, independent thinking, incisive analysis and digital innovation”.

Rusbridger is to become chair of the Scott Trust, which owns Guardian Media Group

Rusbridger, who has edited The Guardian since 1995, said his successor would “bring immense experience, flair, warmth, imagination and formidable energy” to her new role.

The Scott Trust, owner of the Guardian Media Group, chose Viner over one other candidate after a seven-hour meeting.

Dame Liz Forgan, outgoing chair of the trust, said Viner had “shown herself to be an inspiring and courageous leader” with a “deep commitment to The Guardian’s traditions of plural, liberal journalism”.

Viner was educated at Ripon Grammar School in North Yorkshire and at Oxford University.

Earlier this month she won 53% of votes in a staff ballot to choose the next editor.

Kath Viner is the 11th Guardian editor in 194 years, so this is a once-in-a-generation opportunity.

She was the staff’s favourite to take control and is, like her predecessors, a Guardian insider.

She was also just one of three highly qualified female candidates in the running. For a paper that is a champion of “left-liberal” values, appointing a woman sends an important message.

There are four women editing national papers, but she will be the only one in control of a quality daily. Yet more important than gender is her expertise in the two areas that will determine the paper’s future.

The first is the switch to digital. Print sales of The Guardian stand at around 175,000, but digitally it has been making even more money than Mail Online.

Her recent speech on the future of the newspaper in a digital world suggested this was a person who grasped the magnitude of the shift that is underway.

The second is her experience running Guardian operations in Australia and the USA.

The Guardian wants to be global, and it’s picked an editor who’s got first-hand experience of how tough that is going to be.