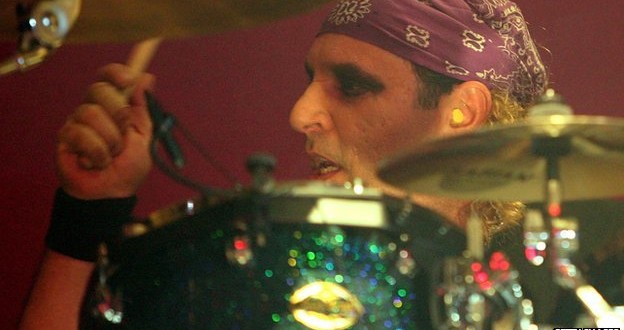 The group announced his death on their website, but did not give the cause of death.

Pero first joined Twisted Sister in 1982 and left in 1986, but he later reunited with the band in 2001 and continued to perform with them.

The band is best known for their 1984 hits, We’re Not Gonna Take It and I Wanna Rock.

“The members of Twisted Sister are profoundly saddened to announce the untimely passing of our brother, AJ Pero,” the band said.

“The band, crew and most importantly the family of AJ Pero thank you for your thoughts and prayers at this time.”

During his time with the band, Pero recorded six albums and embarked on four world tours.

According to his website, the drummer had begun writing a book “on his life’s journeys and lessons”.

Earlier on Friday, the band’s Facebook page announced the group would be headlining the Metal Meltdown show in Las Vegas on 30 May.

They are also due to perform at a number of European rock festivals this summer.