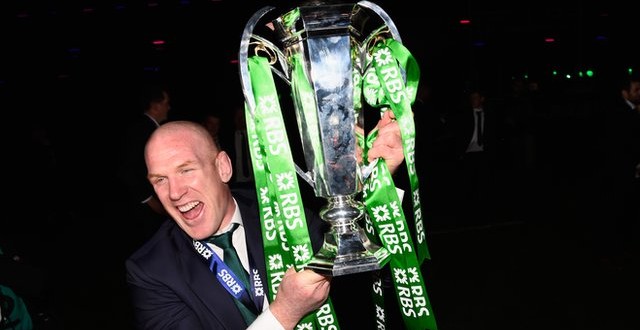 Ireland coach Joe Schmidt said he is “delighted and relieved” after his side retained the Six Nations title.

gave Ireland the title on points difference ahead of England and Wales on a thrilling final day of the championship.

“It was tumultuous. Exhausting. It builds coronaries for coaches but it also builds character,” said Schmidt.

“I’m looking forward to being quite relaxed now. Hopefully we can keep going forward.”

in Rome, resulting in Ireland needing to defeat the Scots by 21 points to go top.

England required a 26-point winning margin over France to deny the Irish back-to-back titles for the first time since 1949, but they

to complete a dramatic triple-bill of action.

“I think I can speak for all the players, that they love the championship,” added Schmidt.

“The super Saturday that people have got, I know people who had put aside the three slots in the day, and had apportioned various amounts of beverage for each slot.

“And I just wish that I was able to join them to be honest, because I would rather have been doing that than being sat in the pressure-cooker that we were in.

“But at the same time I wouldn’t swap with anyone, working with the group of men that I do, and the way that they prepare themselves and put their bodies on the line.”

“To win a championship any year is fantastic,” said the Lions and Munster lock.

“I’ve spent a lot of years in close calls, and it’s been a great eight weeks.

“I think we’d be very proud of what we’ve done in the last eight weeks, in terms of how we’ve addressed certain things in our performance, in attack, defence and our resolve to come out and produce a good performance like that after losing last week.

“I’m very proud of this squad over the last eight weeks.”