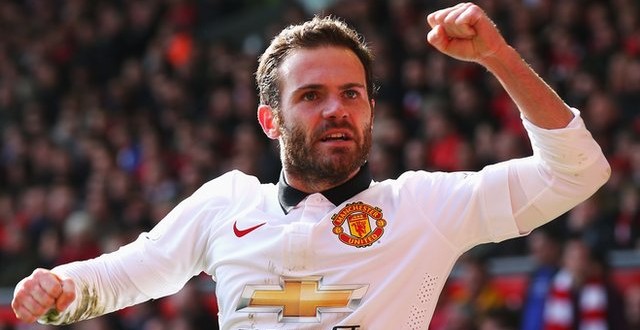 the 2-1 defeat by Manchester United.

The 34-year-old, who is due to join LA Galaxy at the end of the season, came on as a half-time substitute and was sent off for stamping on Ander Herrera.

“I need to accept it; the decision was right. I’ve let down my team-mates and the fans. I take full responsibility,” Gerrard told Sky Sports.

“I don’t know what caused it. Probably just a reaction to the initial tackle [by Herrera].

“I shouldn’t say more about it really. I’ve just come out here to apologise to the dressing room and supporters.”

Liverpool were already trailing 1-0 when Gerrard was dismissed by referee Martin Atkinson in what will be his final game against Manchester United.

After appearing for the second half, the captain put in a robust challenge on goalscorer Juan Mata, with Herrera responding with a firm tackle on Gerrard, for which the Manchester United midfielder was booked.

TV replays showed Gerrard reacted by stamping on Herrera as he lay on the ground and he was shown the sixth red card of his Premier League career.

“Steven probably watched the first half and saw us not make a tackle and there was probably some frustration in there. He has apologised,” he told BBC Sport.

“He is a wonderful captain and came on hoping he could influence the game, but that was probably not the way he would have liked it.

“The players continued to fight to get something from the game and the man that Steven is, he has apologised, and we move on.”

Having just returned from injury, Gerrard is now likely to miss FA Cup quarter-final replay against Blackburn, and two of eight remaining Premier League games – at Arsenal and at home to Newcastle.

The former England captain announced in January he was leaving Anfield at the end of the season,

after joining the Reds aged nine.

“From now until the last kick of the last game of the season, I will be as fully committed to the team as I ever have been and giving everything I have to help Liverpool win games,” he said at the time.

Gerrard, who made his Liverpool debut in 1998, led the club to the Champions League title in 2005, and has won a further nine trophies in his career.

The Liverpool captain is now likely to miss three matches