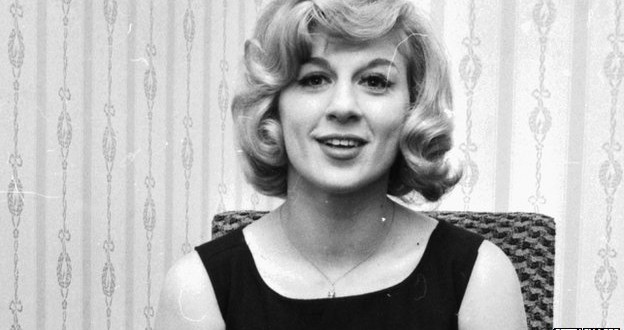 British singer-songwriter Jackie Trent, known for penning the theme to TV soap Neighbours and hits sung by Petula Clark and Frank Sinatra has died at 74.

Staffordshire-born Trent died in hospital in Menorca on Saturday after a long illness, her spokesman said.

She topped the charts as a singer in 1965 with Where Are You Now.

Born Yvonne Burgess in Newcastle-under-Lyme, Trent began her career as a child, singing in British Legion and working men’s clubs, and for troops around Europe.

She secured her first recording contract in the early 1960s in London, where she met Hatch at an audition.

The collaboration saw them write more than 400 songs, with Jack Jones, Nancy Wilson, Des O’Connor, Val Doonican, Vikki Carr, and Dean Martin among the other stars to take on their material.

Their 1966 song for Petula Clark – I Couldn’t Live Without Your Love – was inspired by the then affair between the couple. They later went public with their relationship, marrying the following year.

She lived in Spain with second husband Colin Gregory

Their celebration of Stoke City’s cup-winning run was released under the club’s nickname of The Potters and reached number 34 in the UK charts. It is still played at all Stoke City home games.

Trent and Hatch went on to write the theme song to Neighbours while based in Australia in the early 1980s but separated in 1995, before divorcing in 2002.

In later life, Trent made a return to the stage, touring the UK in the musical High Society, and in 2004 played a series of concerts.

She married Colin Gregory in November 2005, and the couple lived in Spain.

Last year Trent advised two writers producing a musical about her life, based on her yet-to-be published autobiography. The show is due to open at Stoke-on-Trent Repertory Theatre in May 2015.