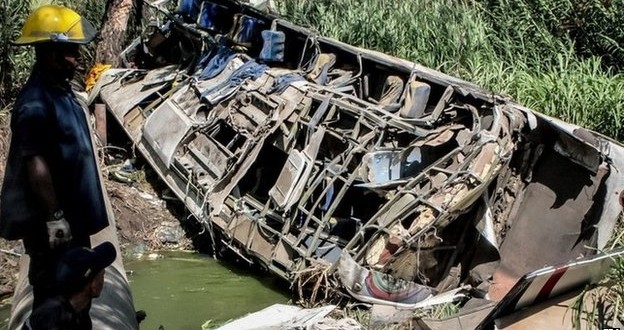 The accident happened near the Zuata lake, about an hour’s drive from Caracas

A bus has fallen into a ravine in central Venezuela killing at least 11 people.

Thirty-six others were injured in the accident in Aragua state, south-west of the capital Caracas.

The driver lost control and the vehicle plunged into a lake, eyewitnesses say. An investigation is under way.

The bus driver was among the 11 people who died. The survivors were taken to hospitals in the nearby cities of Maracay and La Victoria.