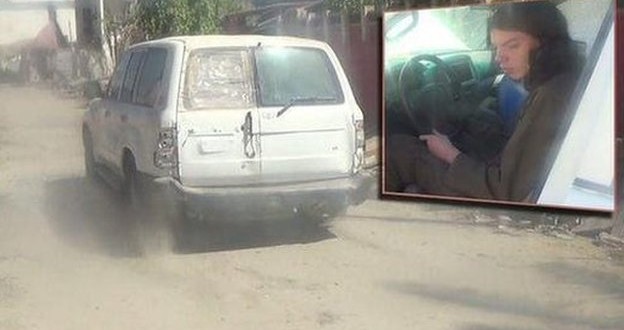 Bilardi was IS 'trophy', says father

The father of Australian teenager Jake Bilardi, who is reported to have carried out a suicide attack after joining the Islamic State (IS), has said his son was a “trophy” for the terror group.

In an interview with Australia’s 60 Minutes, John Bilardi described his son as a “loner” who had a “death wish”.

An emotional Mr Bilardi also said he blamed himself for his son’s actions.

Mr Bilardi said his son was a “prize” for IS.

“He was a trophy that they paraded online. They gloated about how they had recruited this young boy who didn’t even have a Muslim background.

“They used him for their own, what cause? All I see that they’re murdering people, including my son. They murdered him.”

The programme described how Bilardi’s parents went through a “bitter divorce” when he was a young boy.

Mr Bilardi lost contact with Bilardi and his five siblings following the divorce, but began to see his son again after Bilardi’s mother died in 2013.

“He just had this smile on his face, he was softly spoken, you could see the shyness in him,” Mr Bilardi said.

“The first thing that came out was ‘Dad, I’ve converted to Muslim’ … I literally fell back in my seat.”

Mr Bilardi revealed that his son sent him a message when he arrived in Syria.

Bilardi said he was “happy” to be there and had travelled to the country “with the intention of supporting the people of this land”.

Friends of Bilardi told the programme that he was “bullied quite a lot”. They said he spoke openly at school about his intention to “sacrifice his life for Islam”.

‘My son, not the jihadist’

Mr Bilardi said he would create a memorial for his son, who he described as an “intelligent” boy who could have had a “bright career”.

“For Jake my son – not the jihadist, not the terrorist,” he said.

It is a criminal offence in Australia for citizens to set foot in the IS strongholds of Mosul and Raqqa without a legitimate reason such as a visit to family.

But Australia estimates that around 90 of its citizens have already travelled to Iraq or Syria to fight with IS and 20 have been killed in the conflict.