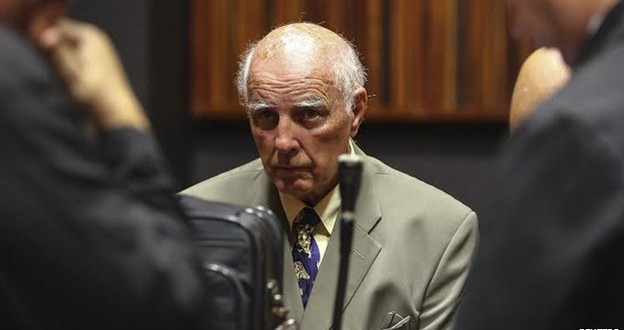 Hewitt, 75, had denied two charges of rape and a third charge of sexual assault.

The attacks took place in the 1980s and 1990s, when the Australian-born former tennis star was coaching the women, then young girls, in South Africa.

His name was removed from the International Tennis Hall of Fame in 2012, following abuse allegations.

During the trial, one woman said Hewitt had told her “rape is enjoyable” as he assaulted her.

Another victim said he had touched her inappropriately and forced her to perform a sex act on him when she was 12 and 13.

Judge Bert Bam told the High Court sitting in Johannesburg that the evidence against Hewitt was overwhelming and consistent.

He said striking similarities among the three victims’ testimonies showed that Hewitt’s conduct was calculated.

“Time did not erase the crimes. A guilty person should not go unpunished,” the judge added.

Hewitt was remanded in custody following the guilty verdicts.