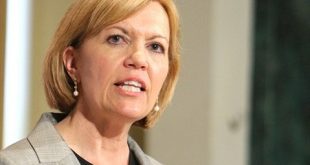 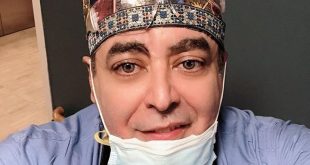 retained his IBF belt on Saturday

and wants a bout with Khan, also 28, who has opted to

“Khan has no respect for me and looks down his nose at me, but I’ve done everything asked of me,” said Brook.

“I’m an unbeaten world champion and deserve and command respect but he talks to me like I’m nothing.”

Brook added: “If someone said to me you can get five million quid, a world title, fight at Wembley with a fight that every fan wants to see, it’s a no-brainer for me.”

Khan, a former world champion at light-welterweight, has expressed a desire to fight Floyd Mayweather or Manny Pacquiao in the future, but has said he may fight Brook “inside the next 12 months”.

However, Sheffield-based Brook, who has won all 34 of his professional fights, expressed his surprise at Khan’s choice of Algieri as an opponent and told BBC Sport: “He is now fighting in my division and has not had many fights there as he used to fight at a lower weight.

“But now he thinks he can jump the gun and fight Floyd Mayweather or Manny Pacquiao before me, when I have earned the right to do so. I don’t know who he thinks he is. It’s about ego for him.

“Every fight fan in Britain and across the world wants to see me and Khan fight. We have a great rivalry, there’s a big pot of money for him and it is for a world title. All they have to do is pick up the phone, but he doesn’t want it.”

“Can everyone please wake up. I said the fight between me and Kell Brook will happen. When I think it’s right. Look at who he fought last (Romanian Jo Jo Dan).

“Seems to me Kell Brook is dying to fight me for the big pay day before he faces a half decent opponent and loses that IBF title.

“Algieri (only beaten once by Pacquiao and still 140 lbs WBO world champion) is still a better opponent than No No Dan.”

‘I was staring death in the face’

Brook was stabbed in the leg

in an “unprovoked attack” while on holiday in Tenerife.

“The toughest time was lying in a Tenerife hospital with no one speaking English, next to a window with the sun beating down and my leg tied up thinking I would never box again or even walk again,” Brook revealed.

“It took every bit of shine off winning the world title. It was then about taking baby steps and it was a long road to come back.

“I was staring death in the face so there’s no man that can worry me now. It was the toughest fight of my life.”

‘If Khan loses to me he has nowhere to go’

Amir Khan has won 30 of 33 professional fights, and been a world champion at light-welterweight

“He’s a very good fighter, but he has been knocked out a few times when he has stepped up,” said Brook.

“Timing beats speed and I’m very strong at my weight. I’m big, accurate, powerful, determined and very eager to land my shots on his chin.

“He has always been the golden boy since doing well in the amateurs and has had that tag above his head.

“Khan’s team want him to fight Mayweather or Pacquiao for the money as if he gets beat he can still fight me. But if he fights me and loses he has got nowhere to go.”

‘I can beat Floyd Mayweather’

fight in Las Vegas on 2 May.

“I think Floyd Mayweather will beat Manny Pacquiao. Mayweather has the desire to win, he has never lost, he controls his fights and is on a real high,” said Brook.

“Mayweather is about securing a legacy and he wants to win all the belts. so if he wins, I would be a strong favourite to fight him. I would go into the fight 100% thinking I can win.”

‘I want to leave a boxing legacy’

“I think of Prince Naseem Hamed, Chris Eubank, Nigel Benn, Frank Bruno and Lennox Lewis and I’m not in front of them yet, but I want to leave a legacy and have exciting fights,” Brook added.

“At the moment Carl Froch is leading the way for British boxers. but he won’t be here for ever and next to him is me. Everyone else is below me.”