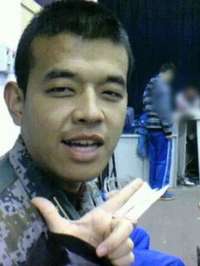 At first glance, Erliban village appears to be covered in rubbish.

But the town, in northern China’s Hebei province, is actually devoted to waste recycling. Mountains of glass bottles and scraps of plastic crowd every available space.

Sitting in the middle of it all is a boarding school. Not one for the wealthy but, like many boarding schools in China, a school for the sons and daughters of local farmers and migrant workers. Poor families send their children here, hoping they’ll get an education that will elevate them above the grime and dirt pervading this place.

The Zhang family sent their teenage son there after a visit from recruiters.

“We were told the school was one of the best out here. It was supposed to have military-style discipline and good teachers,” Mr Zhang explains.

Those were empty promises, they now say.

Last December, a teacher at the school – a man named Li Jian – was sent to prison. For years, he had abused the Zhangs’ son and several other teenage boys. We’ve changed the family’s name to protect the boy’s identity.

Li Jian admitted to forcing the students back to his home. There, they were bound and gagged, tortured and raped, a court heard. Li Jian threatened his victims with death if they told anyone what took place in his apartment.

As the abuse stretched on, the boy became extremely depressed.

“He used to cry and refuse to return to school,” his mother remembers. “At first, we didn’t understand why. My husband became very angry. But now we know. Our son was suffering.”

Eventually, the boy became the first to speak up. “The situation was getting worse so I told my parents,” he whispers. “But the memories still haunt me.”

Li Jian, the teacher, was in charge of discipline at the school. In court, the boys testified that Li would pick on the students who made mistakes during the school’s morning exercise drills. Those are the ones he would bring back to his home for “extra instruction”.

Li received a prison sentence of two years and 10 months. China has no laws banning male rape over the age of 14. The victims could not prove the sexual abuse started before they were 14, so the court only found Li Jian guilty of detaining his students.

They feel other parts of the system, too, failed their sons.

When the Zhangs first went to the police station to report the crime, police there appeared to be familiar with Li Jian, who had worked at other boarding schools in the province before coming to Erliban village.

“When we said the teacher’s name, the officer said “Li Jian? That creep is doing it again!” So they knew about this before but didn’t do anything to stop him,” Mr Zhang fumes.

School officials refused to answer similar allegations from the victims’ families and several teachers that the school had also turned a blind eye to the abuse.

It seems that no-one really knows what takes place behind closed doors in China’s boarding schools. Thirty million children across mainland China attend schools far away from home, according to Ministry of Education statistics from last year.

Advocates from Save the Children warn there’s a “high risk” of abuse at Chinese boarding schools without proper safeguards in place. Children as young as five live far away from their parents, at schools with no teacher background checks and no means to report sexual or physical violence.

“Aside from being awful thing to experience, research highlights the correlation between sexual abuse and many other problems – including mental health, learnings outcomes and the ability to build long term healthy relationships.

We simply do not have the data to know whether the prevalence has increased in China recent years. What we do know is that children away from their parents (either because they are at boarding school or left behind with relatives) are on aggregate more vulnerable.

It is also clear that social media has played a critical role in bringing attention to more extreme cases which has also raised awareness of the issue of sexual abuse more generally. We see an increase in commitment to address this issue from our partners in government and in schools.”

The Ministry of Education is working on a national student protection plan.

But future changes are of little consolation to the Zhang family. They’re packing what little they own.

“My son can’t live here. We have to leave,” Mr Zhang explains, choking back tears.

“We came here 20 years ago. We even had a little business, but now we’ve closed it. Even our house is falling apart,” he says, gesturing to cracks in the walls of the family farmhouse.

So, they’re moving away to start a new life. Tired of a system that didn’t keep their child safe and can’t deliver justice now.