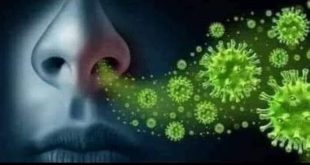 No access to clean drinking water, few doctors and indiscriminate shelling are creating a “disastrous situation” in the Yarmouk refugee camp in Damascus, an activist living there says.

Islamic State (IS) has overrun the camp in Syria, first built for Palestinians fleeing the 1948 Arab-Israeli war.

The activist told the BBC by phone that there were acute food shortages.

The UN Security Council has demanded humanitarian access, saying the situation is “beyond inhumane”.

The anti-government activist who did not want to be identified told the BBC World Service: “The humanitarian situation is very difficult. There is no food for the civilians who are stuck in the camp and still under siege.

“Also the medical situation is very bad, as most of the doctors fled the camp at the beginning of the fighting between Islamic State and the Palestinian group that was controlling most of Yarmouk before, Aknaf Beit al-Maqdis.

“There is a huge amount of suffering.”

Aknaf Beit al-Maqdis was formed by Palestinian militia opposed to the Syrian government.

Prior to the Syrian civil war, Yarmouk had more than 150,000 refugees living there, and its own mosques, schools and public buildings.

It has been besieged by fighting between government troops and rebel forces since 2012.

The situation has worsened since IS launched an assault on 1 April.

The man, who has observed the camp for four years and currently lives there, said: “We haven’t had electricity since 2013, when the regime bombed the power station. The UN aid has stopped coming into the camp. And civilians are under total siege.

“This disastrous situation is creating fear and anxiety among those who remained.”

He described Yarmouk as a “ghost town” with civilians scared to be on the street and thousands taking refuge in neighbouring areas. Many of these areas are also coming under siege, he said.

He added: “We can’t say IS has total control over the camp but they have taken over a lot of the buildings and offices.”

He said he believed most IS fighters were local people who had given allegiance to the militant group, and not outsiders.

“What I understand from being inside the camp is that Islamic State says that once they’ve finished with the Beit al-Maqdis they will hand over those positions to [the rival jihadist al-Qaeda-affiliated group] al-Nusra Front.”

Asked what was needed, he said: “The most dangerous thing civilians are facing is the regime’s shelling of the camp with barrel bombs and mortar shells. They are causing more casualties because they are random.

“We need to find a way of getting food, medical supplies and medical teams into the camp. We also want aid agencies and humanitarian organisations to help evacuate people who are trapped in the camp.”

The chairwoman of the UN Security Council, Jordan’s ambassador Dina Kawar, has called for the protection of civilians and provision of humanitarian access and life-saving assistance.