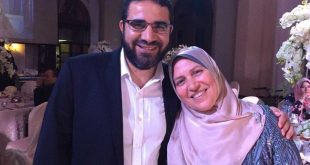 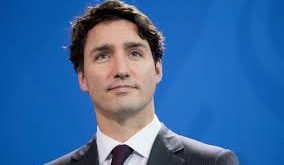 David Cameron is to confirm plans for an extra £8bn for the NHS in England by 2020, if the Tories win the election.

He will claim it makes his party the first to promise to fund a five-year plan for the health service, drawn up by its boss Simon Stevens last year.

Labour says the “unfunded” pledge is a sign of a Conservative campaign in panic. It has promised an extra £2.5bn a year, funded by a “mansion tax”.

The Lib Dems have also pledged £8bn, funded by scrapping some tax relief.

In other election news:

Last year Simon Stevens, head of NHS England, cited £8bn as the gap between what the NHS gets and what it needs to implement his modernisation programme.

On Saturday, Mr Cameron will promise same-day access to GPs for over-75s, recruitment of more than 5,000 family doctors, better integration of GP and hospital services and improved weekend and evening access to healthcare for patients.

“As someone whose been supported by the NHS at the most difficult time in my life, I’m utterly committed to ensuring it is there for everyone when they need it too,” Mr Cameron will say, referring to the treatment received for cerebral palsy by his son, Ivan, before his death in 2009.

“That’s why I’m backing the NHS’s own plan with the cash required to ensure it can continue to deliver an amazing service to patients and their families in the future.”

Mr Cameron’s announcement coincides with Labour confirming its £138m pledge to recruit 3,000 extra midwives to ensure women get one-to-one care during labour, funded – in part – by its planned tax on homes worth £2m or more.

A Labour spokesman described the Conservative pledge as “unbelievable”, saying: “The Tories want you to think that they will invest in the NHS, but their claims cannot be trusted because their commitments are unfunded.”

Last month, Liberal Democrat leader Nick Clegg challenged his rivals to “come clean” on how they would fund the £8bn shortfall.

He said his party would add £2bn allocated in the Autumn Statement to funds raised by scrapping some reliefs on capital gains tax and employee share schemes, enabling it to invest £3.5bn over six years on mental health care.

A party spokesman said: “Until we see the Tories’ spending plans, we cannot give credit to this announcement. We are the only party to set out a credible plan for raising the extra funding.

“The Conservative ideological obsession with cutting the size of the state means they cannot afford this unfunded spending commitment.”

BBC political correspondent Ben Geoghegan says: “With growing pressure on the NHS, the political parties have been trying to reassure voters that it will be properly funded in the future.

“NHS England says that if spending increases in line with inflation, there’ll be a £30bn shortfall in the health service budget by 2020.”

NHS bosses hope that much of that gap can be filled by internal savings, he adds.

Conservative Health Secretary Jeremy Hunt has previously said a Tory government would give the NHS in England “whatever” it needs to fill the predicted funding gap left over when the service makes predicted savings of £22bn.

Speaking about Labour’s announcement on midwives, a Conservative spokesman said the coalition government had already increased the number of midwives by more than 2,100 by cutting management and increasing efficiency.

Some 2,500 midwives were being trained every year to ensure future mothers had a named midwife overseeing their care, he added.

Subscribe to the BBC Election 2015 newsletter to get a round-up of the day’s campaign news sent to your inbox every weekday afternoon.