US jail break is ‘crisis situation’ 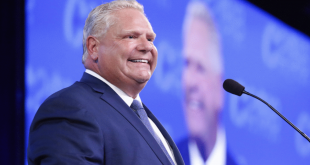 The escape of two murderers from a maximum security jail in New York has been described as a “crisis situation” by the state’s governor.

Mr Cuomo said the prison breakout was the first escape from the facility in 150 years.

The New York Post reported that the two men cut through the steel back walls of their cell before clambering along a catwalk to reach a series of pipes and tunnels, which they again cut their way through.

The pair then climbed up through a manhole into a nearby street, “disappearing into the darkness some 20 miles (30km) south of Canada”.

They placed bundles of clothing in their beds to fool guards into believing they were asleep after making their escape on Friday night. Their absence from adjoining cells was not discovered until the following morning.

Mr Cuomo said someone must have heard at least some of the noise.

After the prisoners were apprehended, the authorities would conduct a full review of the escape, he added.

“We’ll go through the exact details of what they did and how they did it to ensure this never happens again.”

Matt was given a jail term of 25 years to life for the kidnapping and beating a man to death in 1997.

Sweat was serving a life sentence without parole for the murder of Broome County Sheriff’s Deputy, Kevin Tarsia.

Mr Tarsia’s brother Steven, said finding out that his killer had escaped “turns your world upside-down all over again”.

Police are trying to determine how the men acquired the tools needed to carry out the escape.

Mr Cuomo posted pictures of pipes and walls with chunks cut out after he was shown the inmates’ escape route.

More than 200 officers are searching for the prisoners, using sniffer dogs and aerial surveillance.

They may have crossed the border into Canada or headed to another state, Mr Cuomo said. There is also concern they may have had assistance from someone outside the prison.

Roadblocks have been set up in the area to catch the pair, who both have distinctive tattoos, according to local media.