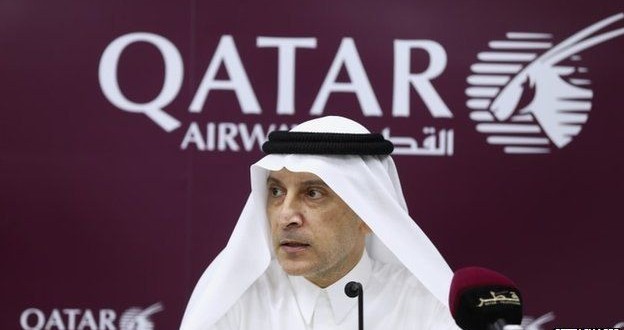 The boss of Qatar Airways has vehemently rejected the findings of a 12-month probe that concluded his airline still discriminates against female staff.

Akbar al-Baker accused the UN body of carrying out a “vendetta against Qatar Airways and my country”.

The International Labour Organisation (ILO) criticised Qatar Airways for its treatment of its female cabin crew.

The UN body added female staff could only be accompanied by a man off company premises if the man was their father, brother or husband.

Qatar Airways said that new contracts issued in December for many of its 7,200 female cabin crew addressed these issues and ended a mandatory requirement to seek company permission before getting married.

But the ILO report said that the new contract stated: “The company [Qatar Airways] reserves the right to automatically terminate your contract as a flying cabin crew member, should you become pregnant.”

The ILO recommended that a temporary job should be offered to women while pregnant to exclude the possibility they could be sacked, which it said remained the case.

However, Qatar Airways insisted that an employee was free to apply for other jobs within the company once pregnant.

The airline also said its rules on which men could pick up and drop off female staff were based on a cultural norm. The ILO committee said it was a discriminatory practice, as it did not apply to men.

The inquiry was set up by the ILO in response to complaints brought forward last June by the International Transport Workers’ Federation and International Trade Union Confederation, prompted by testimony from serving and former cabin crew.

Qatar Airways is one of several major airlines in the Gulf.

Dubai-based Emirates Airlines, the fourth-biggest international carrier of passengers and biggest airline in the Gulf, has a similar rule on pregnancy.

A spokeswoman for Emirates told the BBC: “The regulatory body suspends the cabin crew licence when pregnancy is confirmed. While Emirates tries to find a ground job for pregnant crew, this is not always possible. Where it is not possible, the cabin crew member can take an unpaid leave of absence for up to one year.”

The spokeswoman confirmed that no paid maternity leave was offered during an employee’s first three years with the company.

In contrast, a spokesman for Abu-Dhabi based airline Etihad Airways said that once a pregnant member of the cabin crew was no longer able to fly, she would be reallocated a role on the ground and would not lose her job. She could then return to her role after maternity leave.

Meanwhile, Qatar Airways revealed its annual earnings for the first time on Monday. It reported a net profit of $103m in the last financial year.

The airline had recently been forced to deny claims it had received tens of billions of dollars of government subsidies over the past decade.

It had been accused of distorting competition by American Airlines, United and Delta, who are trying to persuade the US government to alter its position on open-skies policies designed to create a free-market environment for the aviation industry.