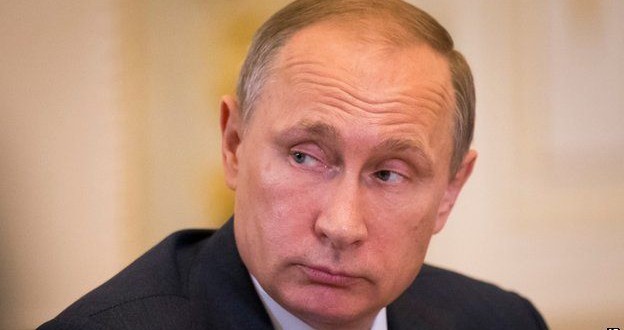 Russia ‘will co-operate with West’

Russian President Vladimir Putin says Moscow is open to continuing economic co-operation with the West, despite sanctions imposed over the Ukraine crisis.

Speaking at an economic forum in St Petersburg, he said Russia’s economy had adapted to the sanctions.

Russia had been forced to replace imports with domestic products and “achieved noticeable results,” he said.

He also called on Ukraine to give more rights to the eastern rebel regions.

Kiev must give amnesty to the rebels and hold elections in the east as agreed in February’s Minsk peace agreement if the conflict is to end, he added.

Russia has repeatedly denied sending soldiers and heavy weapons, including tanks and missiles, to the rebels, insisting that any Russians fighting there were “volunteers”.

But he has failed to convince both Ukraine and its Western supporters.

EU member states earlier this week agreed in principle to extend economic sanctions against Russia by a further six months.

The decision will be ratified at an EU foreign ministers meeting on Monday.

“The imposition of so-called sanctions has forced us to significantly step up efforts to replace imports with domestic products,” Mr Putin told the International Economic Forum.

“We have made serious steps and achieved noticeable results in a number of areas.”

He said the economy has “stabilised” and “our financial and banking systems have adapted to new conditions.”

He also stressed Russia’s desire to remain a key player in the world economy – keen to work with the West as well as other countries.

“Russia is open to the world,” he said. “Our active co-operation with new centres of global growth in no case means that we intend to pay less attention to our dialogue with our traditional Western partners.”

The EU and US first imposed sanctions after Moscow’s annexation of the Crimean peninsula from Ukraine in March 2014.

They target Russia’s energy, defence and financial sectors, and have been ratcheted up several times over the last year to tighten restrictions on major Russian state banks and corporations.

In March, EU leaders said sanctions would continue until the “complete implementation” of a ceasefire deal agreed in the Belarus capital of Minsk.

The expected extension comes amid renewed fighting between pro-Russia separatists and Ukrainian troops in the east of the country, in violation of the Minsk agreement.

The opposing sides have accused each other of shattering the ceasefire, which required them to withdraw heavy weapons from the frontline.

More than 6,400 people have been killed in eastern Ukraine since the conflict began in April 2014, when rebels seized large parts of two eastern regions following Russia’s annexation of Crimea.