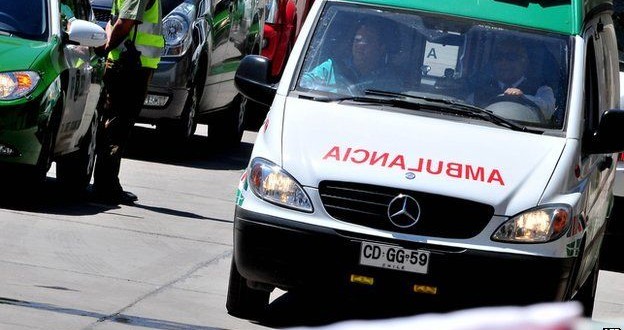 Doctors in Chile say that a woman has been carrying a calcified foetus for some 50 years.

Chilean media say the woman, who is at least 90, went to hospital in the city of San Antonio after a fall.

X-ray tests then revealed the presence of a foetus which weighed around 2 kilos (4.4lb).

The phenomenon, known as a lithopedion, occurs when a foetus dies during pregnancy and then becomes calcified outside the uterus.

Previous recorded cases have also involved women being unaware of the presence of the foetus until decades later.

Marco Vargas Lazo, the director of the hospital called the case “extraordinarily rare,” according to the Efe news agency.

The foetus was “large and developed and occupied all of her abdominal cavity,” he said.

The patient has now been sent home and doctors say it is unlikely they will attempt to remove the foetus, given the risks an operation would carry for a patient of her age.