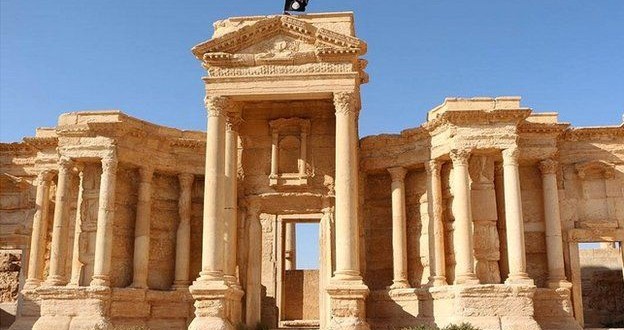 IS fighters ‘laying mines in Palmyra’ 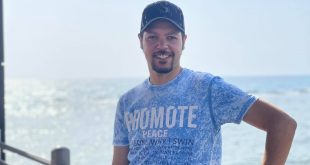 Islamic State (IS) militants have planted landmines and explosives around the ancient Palmyra ruins, according to a group that monitors the war in Syria.

Activists said it was unclear whether IS had laid the bombs to destroy the ruins or make the site secure from Syrian government forces.

IS fighters seized the city, which is one of the most important historic sites in the Middle East, in May.

Government forces are reported to be planning a bid to recapture the site.

The director of the UK-based Syrian Observatory for Human Rights, Rami Abdel Rahman, told reporters that Syrian soldiers outside the city have brought in reinforcements in recent days, “suggesting they may be planning an operation”.

He said government forces had also launched heavy air strikes against the residential part of Palmyra in the past three days, killing at least 11 people.

The group relies on a network of sources inside Syria for its information.

IS took control of the ancient city last month, prompting fears the group would destroy the 2,000-year-old Roman-era ruins.

They have already destroyed ancient sites in Iraq – most recently the ancient city of Nimrud, one of Iraq’s greatest archaeological treasures.

But so far there have been no reports of IS damage to the ruins or antiquities in Palmyra, which is known locally as Tadmur.

‘The city is a hostage’

Maamoun Abdulkarim, Syria’s head of antiquities, told the Reuters news agency that the reports of explosives being planted by IS in Palmyra “seems true”.

“The city is a hostage in their hands, the situation is dangerous,” he said.

Since capturing the city, IS has also taken control of a military airbase and a notorious prison nearby.

The ancient ruins are situated in a strategically important area on the road between the capital, Damascus, and the contested eastern city of Deir al-Zour.

More than 230,000 Syrians have died in Syria’s civil war, which began after President Bashar al-Assad’s forces tried to put down anti-government protests in March 2011.

The Islamic State group, which grew out of al-Qaeda in Iraq, capitalised on the ensuing chaos, taking control of large areas of the country and setting up their headquarters in Raqqa in northern Syria.