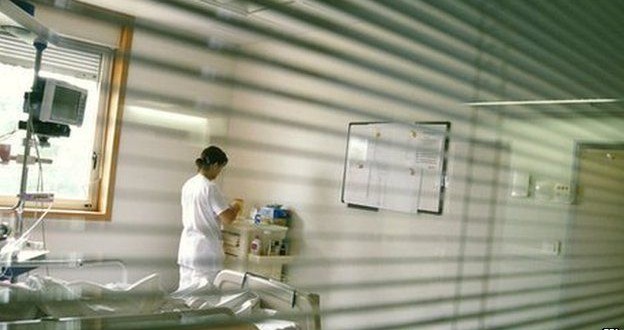 Migration rules ‘may cause NHS chaos’

Thousands of foreign nurses working in junior posts in the UK could be forced to return home under new immigration rules, union leaders have warned.

A new migrant pay threshold means non-European workers will have to leave the UK after six years if they are not earning at least £35,000.

The Royal College of Nursing said the rules would “cause chaos” for the NHS and waste money spent on recruitment.

The Home Office said the rules would help reduce demand for migrant labour.

The move is part of the government’s effort to control net migration, but the union says that by 2017 more than 3,300 NHS nurses could be affected.

And by the end of the decade the numbers could be double that – a potential waste of nearly £40m when all the costs of recruitment are taken into account, the RCN says.

There are more than 400,000 nurses working in the NHS in England.

The warning comes as the RCN’s annual conference gets under way in Bournemouth.

RCN general secretary Peter Carter said: “Due to cuts to nurse-training places, trusts are being forced into relying on overseas recruitment as well as temporary staff just to provide safe staffing.

“A cap on agency spending will make one of these options more difficult and these immigration rules will limit the other.

“The immigration rules will cause chaos for the NHS and other care services. At a time when demand is increasing, the UK is perversely making it harder to employ staff from overseas.”

A Home Office spokesman said: “As the prime minister has made clear, the government wants to reduce the demand for migrant labour.

“We changed the settlement rules in 2011 to break the link between coming to work in the UK and staying here permanently.”

He said employers had had four years to prepare for the changes, adding: “There are exemptions to this threshold where the UK has a shortage.”

At the moment nurses are not on that exemption list, but the spokesman said it was possible they could still be added if evidence showed this was needed.