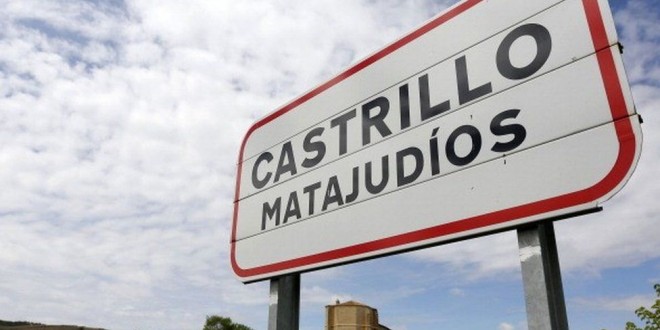 The name of a Spanish village that translates as “Fort Kill Jews” has been changed following a referendum and local government approval.

Some 50 people who live there voted to change the name last year.

The controversial name may have been adopted in Medieval times by Catholic converts from Judaism keen to show their loyalty to the state.

Castrillo Mota de Judios has a long Jewish heritage – it was founded in 1035 by Jews fleeing persecution.

“The phrase ‘Matajudios’ did not correspond to the way this village thinks or acts these days, nor with our village flag, which has the Star of David on it,” the village’s mayor, Lorenzo Rodriguez, told the Independent after last year’s vote.

The name change was approved by the regional government of Castilla y Leon, Associated Press reported.

Spain still has a village called Valle de Matamoros, or “Kill Moors valley” – a reference to the North African invaders who conquered parts of southern Spain, although there are no plans to change its name.