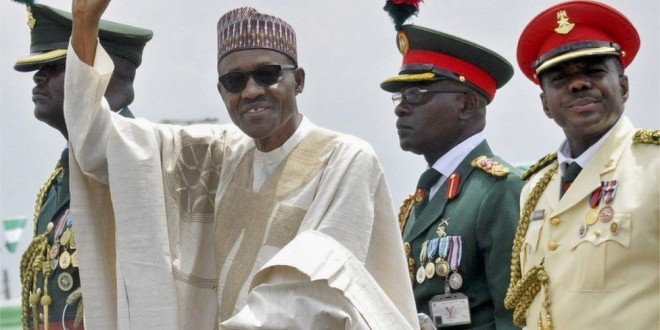 His government had inherited millions of dollars worth of debt from the previous administration, he said at a media briefing.

“It is such a disgrace for Nigeria,” Mr Buhari added.

The president and his All Progressives Congress won elections in March, ending some 16 years of rule by the Peoples Democratic Party.

He was sworn in less than four weeks ago, taking over from Goodluck Jonathan, who had been in office since 2010.

Mr Buhari said some government workers had not been paid for months.

He was due to meet state governors to discuss the crisis.

“This bad management we find ourselves in – we really need your help to protect us from people before they march on us,” Mr Buhari told journalists.

The president appears to be trying to lower the expectations of voters, correspondents say.

He won the elections on a promise to tackle corruption, and to lead Nigeria to greater prosperity.

Nigeria is Africa’s biggest oil producer, but most of its citizens are poor.