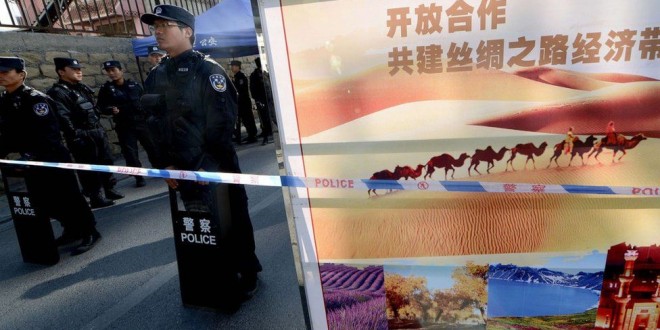 A US media report says at least 18 people have been killed in the Chinese region of Xinjiang during a clash at a police checkpoint.

According to US-based Radio Free Asia, ethnic Uighurs – part of China’s Muslim minority – attacked the police on the outskirts of Kashgar city on Monday.

The Chinese authorities have refused to comment on the incident.

Radio Free Asia reports the attackers killed police officers using bombs and knives after speeding through the checkpoint at night.

One possible motive could be the tight restrictions placed on Muslim Uighurs during Ramadan.

Muslim party members, civil servants, students and teachers are stopped from observing the period when Muslims fast – one of the five pillars of Islam.

There is frequent unrest in Xinjiang between the Chinese authorities and the Uighurs, and hundreds have died in attacks over the past three years.

Uighurs say Beijing’s repression of their religious and cultural customs is provoking the violence.

But China insists the attacks are being carried out by what it calls Islamic terrorists supported by overseas groups.

Who are the Uighurs?

Are you in Xinjiang, China? Do you have friends or family near Kashgar city? Are you affected by the issues raised in this story? Please email [email protected] with your experiences.