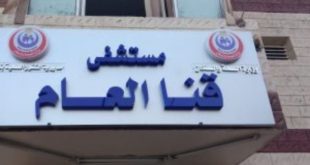 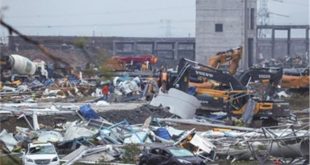 Some of the Chibok schoolgirls kidnapped in Nigeria have been forced to join Islamist militant group Boko Haram, the BBC has been told.

Witnesses say some are now being used to terrorise other captives, and are even carrying out killings themselves.

The testimony cannot be verified but Amnesty International says other girls kidnapped by Boko Haram have been forced to fight.

Two-hundred-and-nineteen schoolgirls from Chibok, are still missing, more than a year after they were kidnapped from their school in northern Nigeria. Many of those seized are Christians.

Three women who claim they were held in the same camps as some of the Chibok girls have told the BBC’s Panorama programme that some of them have been brainwashed and are now carrying out punishments on behalf of the militants.

Seventeen-year-old Miriam (not her real name) fled Boko Haram after being held for six months. She was forced to marry a militant, and is now pregnant with his child.

Recounting her first days in the camp she said: “They told to us get ready, that they were going to marry us off.”

She and four others refused.

219 of the Nigerian schoolgirls kidnapped from Chibok by Boko Haram in April 2014 are still missing.

They are among at least 2,000 women and girls abducted by Boko Haram since the start of 2014 (Amnesty figures)

Since the start of 2014 Boko Haram has killed an estimated 5,500 civilians in north-east Nigeria (Amnesty figures)

Chibok: What we know a year on

Why Boko Haram remains a threat

“They came back with four men, they slit their throats in front of us. They then said that this will happen to any girl that refuses to get married,”

Faced with that choice, she agreed to marry, and was then repeatedly raped.

“There was so much pain,” she said. “I was only there in body… I couldn’t do anything about it.”

While in captivity, Miriam described meeting some of the Chibok schoolgirls. She said they were kept in a separate house to the other captives.

“They told us: ‘You women should learn from your husbands because they are giving their blood for the cause. We must also go to war for Allah.'”

She said the girls had been “brainwashed” and that she had witnessed some of them kill several men in her village.

“They were Christian men. They [the Boko Haram fighters] forced the Christians to lie down. Then the girls cut their throats.”

It is not possible to independently verify Miriam’s claims. But human rights group Amnesty International said their research also shows that some girls abducted by Boko Haram have been trained to fight.

“The abduction and brutalisation of young women and girls seems to be part of the modus operandi of Boko Haram,” said Netsanet Belay, Africa director, research and advocacy at Amnesty International.

The Chibok schoolgirls have not been seen since last May when Boko Haram released a video of around 130 of them gathered together reciting the Koran. They looked terrified.

Amnesty International estimates more than 2,000 girls have been taken since the start of 2014. But it was the attack on the school in Chibok that sparked international outrage.

Michelle Obama made a rousing speech a few weeks after their abduction, demanding the girls’ return.

Millions of people showed their support for the #bringbackourgirls campaign. The hashtag was shared more than five million times.

Boko Haram has been trying to establish an Islamic State in the region, but it has recently been pushed back by a military force from Nigeria and its neighbours. Hundreds of women and girls have managed to escape during these raids.

Anna, aged 60, is one of them. She fled a camp in the Sambisa forest in December where she was held for five months. She now sits beneath a tree close to the cathedral in the Adamawa state capital of Yola. Her only possessions are the clothes she ran away in.

She said she saw some of the Chibok schoolgirls just before she fled the forest.

When pressed on how she could be sure that it is was the Chibok schoolgirls that she’d seen, Anna said: “They [Boko Haram] didn’t hide them. They told us: ‘These are your teachers from Chibok.’

“They shared the girls out as teachers to teach different groups of women and girls to recite the Koran,” Anna recalled.

“Young girls who couldn’t recite were being flogged by the Chibok girls.”

Like Miriam, Anna also said she had seen some of the Chibok schoolgirls commit murder.

“People were tied and laid down and the girls took it from there… The Chibok girls slit their throats,” said Anna.

Anna said she felt no malice towards the girls she had seen taking part in the violence, only pity.

“It’s not their fault they were forced to do it.” she added. “Anyone who sees the Chibok girls has to feel sorry for them.”

Exposing women to extreme violence seemed to be a strategy used by Boko Haram to strip them of their identity and humanity, so they could be forced to accept the militants’ ideology.

Faith (not her real name) aged 16, who is Christian, described how Boko Haram fighters tried to force her to convert to their version of Islam.

“Every day at dawn they would come and throw water over us and order us to wake up and start praying.”

“Then one day they brought in a man wearing uniform. They made us all line up and then said to me: ‘Because you are always crying, you will must kill this man.’

“I was given the knife and ordered to cut his neck. I said I couldn’t do it.

“They cut his throat in front of me. That’s when I passed out.”

Faith said she had seen at least one Chibok schoolgirl who had been married off to a Boko Haram militant during her four months in captivity.

“She was just like any of the Boko Haram wives,” she explained. “We are more scared of the wives than the husbands.”

With hundreds of women and children recently rescued from Boko Haram strongholds in the Sambisa forest, the Nigerian government has set up a programme to help escapees.

Many fled captivity, only to discover that some or all of their family members had been killed by Boko Haram. Others have been cast out from their communities, who now consider them “Boko Haram wives”.

Dr Fatima Akilu is in charge of Nigeria’s counter-violence and extremism programme. She is currently looking after around 300 of the recently rescued women and children.

“We have not seen signs of radicalisation,” she told us. “But if it did occur we would not be surprised.”

And she added: “In situations where people have been held, there have been lots of stories where they have identified with their captors.”

“We have a team of imams… that are trained to look out for radical ideas and ideology.

As the hunt for the Chibok schoolgirls continues, and questions are raised about what state they will be in if they ever return home, those who have managed to escape are beginning the mammoth task of coming to terms with their experiences.

“I can’t get the images out of my head,” said Anna, breaking down in tears. “I see people being slaughtered. I just pray that the nightmares don’t return.”

For others, the nightmare is continuing every day. Miriam is expecting her baby any day now.

“I hope that the baby is a girl,” she said. “I would love her more than any boy. I’m scared of having a boy.”

Miriam’s future is bleak. She is terrified her “husband” will find her and kill her for running away. Her community has also rejected her.

“People consider me an outcast,” she said.

“They remind me that I have Boko Haram inside me.”

Panorama: The Missing Stolen School Children is on BBC One at 20:30 BST on Monday 29 June and available later via iPlayer.