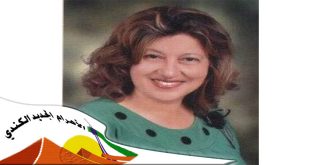 A woman who was found in the US state of California suffering from amnesia has launched an online appeal to try to find her identity.

The woman, who goes by the name Sam and is believed to be Australian, was found by firefighters in southern California earlier this year.

According to a Facebook page set up by Sam, doctors told her that a large tumour may have erased her memories.

Interpol has added her to their international missing person database.

The global policing body said the woman was in her 50s, and spoke English and French.

In a TV interview on Tuesday, Sam said she did not recall who she was or where she was from.

“I can’t remember anything. How I got here. I didn’t have anything on me. No jewellery. No purse, nothing,” she told NBC 7 TV.

“There is this thick fog over my memory, that’s over my brain, that I can’t see through.”

But she said she could recall dreams of swimming at a beach in Perth, Western Australia, as well as in Cairns, Byron Bay and Hawaii, according to a post on her Facebook page.

She took to social media in a bid to spread her story, hoping that family member or friend might see it and get in touch.

She was found “barely conscious” by emergency services in the Californian seaside resort of Carlsbad in February this year, NBC 7 reports.

She told reporters she had been diagnosed with stage three ovarian cancer after the authorities found her, and doctors removed a tumour the size of a volleyball.

Doctors told her she was suffering from “retrograde amnesia” – a type of memory-loss brought on during the onset of a disease.

Sam, who speaks with a slight Australian accent, says she fears she may die before finding out who she is and where her family and friends are.

The FBI is also reportedly investigating Sam’s mysterious case, but so far there have been no leads.