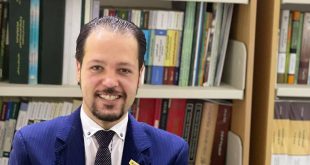 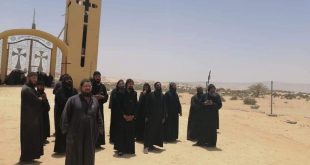 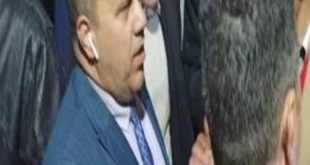 A woman whose case sparked a social media hunt after she was found on a US street with amnesia has been identified by her family.

“Sam”, as she was known by thousands following her story, has been named as Ashley Menatta, 53, of California.

About five months ago she was found in Carlsbad, Southern California, unwell and with no memory of who she was.

Her nephew identified her from a US NBC 7 television show about her, according to NBC 7 and Sam’s Facebook page.

Many people, including US authorities, had thought she might have been an Australian because of her accent.

She also had strong memories of swimming at a beach in Perth, in Western Australia, and visiting other Australian holiday spots.

Australian consular officials had offered assistance in solving her case.

Ms Menatta had told reporters she had been diagnosed with stage three ovarian cancer after the authorities found her, and doctors removed a tumour the size of a volleyball.

Doctors told her she was likely suffering from “retrograde amnesia” – a type of memory-loss brought on during the onset of a disease.

Ms Menatta’s nephew on Wednesday saw an NBC story online about her and phoned his mother who contacted authorities.

According to the TV station, she was born in Pennsylvania, and over the years lived in various places in the US, including Arizona and finally in Carlsbad. She has sisters in Colorado and Maryland.

Her Facebook page, set up with assistance from a former nurse who got involved in the case, said prayers had been answered.

“Well, we have some great news,” the post said.

“‘Sam’ (Ashley is her name) and I want to thank you all who have been sharing, searching, emailing, posting, private messaging, calling, texting, twittering, NBC Channel 7 in San Diego, Australian News, England News, police, Missing Australians, Australian Missing Persons Register, FBI, interpol, and everyone else!!!!

“We could not have done this with out all of your help!”