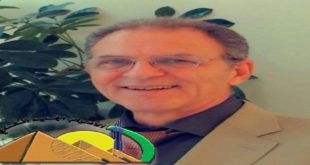 BBC Radio 1’s Official Chart Show will count down for a final time on Sunday, before moving to Fridays to tie in with the new global music release day.

Clara Amfo will host it for the last time before it moves on 10 July to 16:00 BST on Fridays with Greg James, as part of his drivetime show.

The move coincides with the music industry’s launch of New Music Fridays in more than 45 countries.

All albums and singles will now be released globally at 00:01 on a Friday.

Currently albums and singles are released on different days around the world – for example, Madonna’s Rebel Heart was released on a Monday in the UK, Tuesday in the US and a Friday in Germany and Australia.

As well as the charts, record companies, artists, distributors and retailers have been working together to align with the new international release day.

According to research for the BPI (British Phonographic Industry), which represents the British music industry, 60% of consumers who buy or stream new music (who expressed a preference), prefer it to come out on a Saturday or Friday.

The most popular reasons include it being “the weekend” (36%), when they have “time to listen to new music” (26%) or time to go shopping or look online.

“In a business that is increasingly digital and global, the logic for a global release day is compelling,” said Geoff Taylor, chief executive of BPI.

“Fans don’t understand why they have to wait to legally access music that has already been released in other countries.”

Official Charts Company chief executive, Martin Talbot, said the move to Fridays “ushers in a new era” for the chart, which has been going out on Sunday afternoon since it moved from Tuesdays in October 1987.

As well as Radio 1, MTV UK will also move its TV coverage of the charts to a Friday, while the complete albums and singles top 100 will be published on the Official Charts website at 18:00 BST every Friday.

The first Friday chart, on 10 July, will be a five-day chart, following on from the final Sunday afternoon chart on 5 July.

Soul star Lionel Richie is currently heading to number one as he enjoys a post-Glastonbury sales boost.

Fans and converts have been snapping up his greatest hits album, The Definitive Collection, in the wake of his televised performance.

As a result, the 2003 album is in pole position in the official midweek chart update – a jump of 103 places.

The Official Chart with Greg James will be broadcast at 16:00 BST every Friday from 10 July.