US gunman's sister in wedding appeal 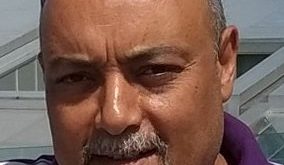 A fundraising website launched by the sister of a gunman who killed 9 people at a US church has been taken down after heavy criticism on social media.

A page set up in the name of Amber Roof had called for donations to pay for her wedding, which was cancelled after the attack on the church in South Carolina.

She said her wedding day had been “tainted by the actions of one man”.

Dylann Roof was charged with nine counts of murder for the attack on African-American church in Charleston.

Ms Roof was due to marry her partner Michael on 21 June, four days after the attack on the Emanuel AME Church.

Writing on their fundraising page, the couple said their “lives were forever changed” by the event, adding that the media “abused our privacy” by publishing details about their wedding.

They said they had cancelled their wedding “to protect our family and mourn the lives of those lost”.

The money would help “to cover lost wedding costs, to pay bills, and to send us on our dream honeymoon”, they wrote.

The couple added that they would give 10% of funds raised to the church in Charleston.

GoFundMe told the BBC that the page had been taken down by the user, not the company.

One person who had donated wrote: “I can’t imagine what you are going through. I too have a selfish brother that has ruined a few of my special days.”

But on Twitter, many users accused the campaign of being insensitive, with one saying: “If the public of Charleston has spare money it should not be going to you.”

Dylann Roof was arrested the day after the shootings, more than 200 miles (320 km) away in North Carolina.

He appeared in court in Charleston on 19 June and was charged with nine counts of murder and one weapons possession charge.

South Carolina Governor Nikki Haley has called for the 21-year-old to face the death penalty.