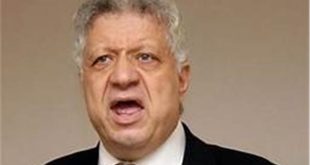 A former Guatemalan general, Efrain Rios Montt, who ruled the country briefly in the 1980s, has been found mentally incapable of standing trial.

He had been facing charges of genocide during one of the most brutal periods in Guatemala’s civil war.

Doctors said he was not able to understand any charges against him.

The medical report will affect two separate trials where he is charged with ordering the murder of hundreds of farmers and over 1,000 Mayan Indians.

General Rios Montt was found guilty of genocide and war crimes two years ago, and sentenced to 80 years in prison.

The main charges were that he and his former intelligence chief ordered the army to carry out 15 massacres of Ixil Maya indigenous people in Quiche in northern Guatemala, in which around 1,700 Indians were killed.

However, a high court then threw out the charges on procedural grounds and ordered a retrial.

Another trial began in January but ended after the judge was rejected for having made public opinions about genocide in a student thesis.

A new trial was set for July. This may now not take place because of the medical examiner’s report declaring the ex-leader mentally incompetent.