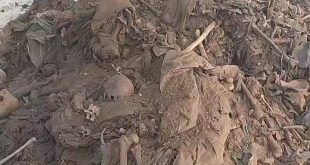 A Star Wars spin-off film will tell the back story of space smuggler Han Solo, Disney has announced.

The new movie is to be directed by Christopher Miller and Phil Lord, the men behind the hugely successful Lego movie.

No details or casting have been yet been announced but the Hollywood Reporter said the script would be written by father and son team Lawrence and Jon Kasdan.

The senior Kasdan co-wrote The Empire Strikes Back, Return of the Jedi and The Force Awakens, the latter with director JJ Abrams.

There was a huge excitement in the fan community earlier this year when an extended trailer for the new film featured a brief appearance of Solo and his Millennium Falcon co-pilot Chewbacca, appearing to be on the deck of his famous spaceship, uttering the words, “Chewie, we’re home…”

The untitled Han Solo project is scheduled to be released on 25 May 2018.

It follows the first stand-alone Star Wars anthology film Rogue One, which is due next year.