Strikes cause train and Tube chaos 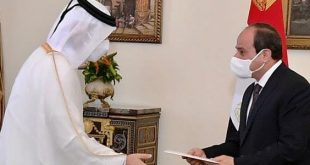 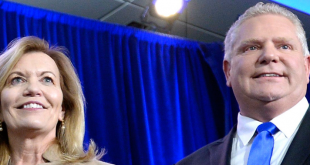 Tube and train strikes have caused misery for travellers, with the entire London Underground network shut down and many rail services cancelled.

London Overground, bus and boat services were much busier than usual.

London Underground (LU) has contacted the conciliation service Acas to set up fresh talks with unions which are on strike over pay and night services.

A separate strike at First Great Western hit travel between London, the West and Wales.

Many of the staff in the Tube strike have now ended their 24-hour action, but Tube services will not resume until Friday morning.

LU said its trains were in all the right places to minimise delays when services restart, but could not rule out some disruption, according to BBC London transport correspondent Tom Edwards.

The rush hour started earlier than normal for the second consecutive day as workers made alternative arrangements to get home.

An extra 200 buses were laid on, as well as additional river services, said Transport for London (TfL). Cycle hire was said to be particularly busy.

LU chief operating officer Steve Griffiths thanked Londoners for their patience and said: “We are, as we always have been, ready to talk at any time to sort out this dispute.”

The strike began at 18:30 BST on Wednesday when members of the Rail, Maritime and Transport (RMT) union, the Transport Salaried Staffs Association (TSSA) and Unite walked out.

At 21:30, members of the train drivers’ union Aslef began their own 24-hour stoppage.

“That means an end to the attempt to bulldoze through new working patterns.”

LU offered staff a 2% average pay rise plus a £2,000 one-off payment for drivers affected by a planned weekend night-time service.

Daniel, a train driver for LU, said the 2% rise was a good deal but he objected to the “point blank” way unions were asked to accept the deal within four hours.

He said he also he felt compelled to strike because he felt the introduction of the night Tube was premature.

“The assets are not good enough. The rolling stock constantly breaks down, which leads to trains being withdrawn from service.”

Tonight the industrial action for some of the unions finished at 18:30, but it’ll be more of the same for commuters as there will be no Tube today . There might be some disruption even tomorrow.

But what about the dispute? It’s still a long way from being sorted even though there’s a pay deal on the table. Unions have concerns about more weekend and night working due to the night Tube and say its not about the money . And they say they support the night Tube.

Even the process of talking about the changes hasn’t yet been agreed. Poor industrial relations from the last dispute over ticket office closures haven’t helped and in the background the government is considering changing strike legislation.

All of this means the mayor and LU have conceded the start of the night Tube might slip. There is some hope though – one of the more moderate unions, the TSSA, has called for talks to start as soon as tomorrow . And sooner or later this will have to be resolved.

London Mayor Boris Johnson has refused to rule out a delay to the opening of night Tube services, which are at the centre of the dispute between unions and London Underground.

Asked whether he expected the 24-hour service to launch on 12 September as planned, Mr Johnson said: “We will get it done this autumn.”

The Tube strike coincides with a separate 48-hour walkout by First Great Western staff, which began at 18:30 on Wednesday.

Wimbledon spectator attendance was lower than this time last year and officials have not ruled out whether the travel disruption was a contributing factor.

We are the first face that customers see and we regularly get lots of grief.

I was assaulted recently by a customer because we were enforcing a one-way barrier system. He grabbed me and started threatening me. I am not paid to put up with that abuse but it’s a reality of the job.

Luckily for me there were other staff in the vicinity. Under the new night Tube plans I could be on my own. Not a week goes by that we don’t have three calls to the British Transport Police but it can take them up to half an hour to get there so you are basically dealing with it by yourself.

We are seeing homeless people sleeping in stations, with 24-hour running and fewer members of station staff you are going to get more problems like that with drunk people.

We’ve been told there will be more police officers around, but we have had no assurances about how visible they will be. It’s no good if they are up in the control room or sitting with the driver if something is going on at the back of the train or in another part of the station.

We don’t want to cause disruption, but it’s the only option we have left to get management to address the issues we have.

On Monday, members of all four unions rejected the “final” pay offer from LU.

The typical salary for a Tube driver is £50,000 a year, the RMT said, but the unions maintain the new plans would be disruptive to their members’ lives.

They claim some employees are concerned they will have to work more overnight shifts and may have to work on their own at some stations.

Aslef organiser Finn Brennan said the responsibility of the strikes “rests squarely with London Underground management” who “squandered the window of opportunity” to resolve it.

The disputed weekend night services are planned for sections of the Central, Jubilee, Northern, Piccadilly and Victoria lines.

Transport Secretary Patrick McLoughlin said the strike was of benefit to no-one and urged the strikers to accept the offer LU had made.

Key points of the dispute