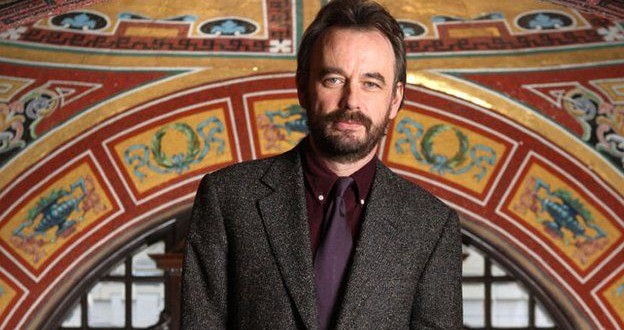 John Berry, artistic director of the English National Opera (ENO), is to leave the company after 20 years.

In a statement, he said his work was “now done” and that it “feels right to leave”.

He said he was looking forward “to remaining involved with ENO… as an audience member and supporter.”

Berry’s departure follows a turbulent period for the company, during which it was placed “under special funding arrangements” by the Arts Council.

The ENO’s acting chairman, Harry Brunjes, said his contribution had been “phenomenal” and that the company had been “fortunate to have John’s insight and capability”.

“He has helped build ENO a UK-wide and international reputation for excellent dramatic opera… [and] driven the use of international collaborations.”

Berry, who was made a CBE last year, joined the ENO in 1995 as casting director before taking the position of director of opera planning.

He became the company’s artistic director in 2005 and has presided over eight seasons of productions at its London Coliseum base.

Its most recent season has seen a production of Sweeney Todd starring Bryn Terfel and Emma Thompson and a Mike Leigh-directed revival of The Pirates of Penzance.

Berry said it felt “right to leave at the end of a hugely successful season both from an artistic perspective and in terms of audience numbers”.

Yet his final season followed a period of unrest, during which it was revealed that the company’s outgoing chairman, Martyn Rose, had called for Berry to step down.

“For the very survival of the ENO, Berry must leave, preferably soon,” Rose wrote in a letter made public in January by the Sunday Times.

Not long afterwards, the ENO was told by Arts Council England to improve its business model or face funding cuts.

The council said it would review the ENO’s finances over the next two years and “set rigorous milestones” for progress.

Personal animosities in the arts generally play out behind the scenes. Yet when ENO chairman Martyn Rose quit in January he passed damning judgement on John Berry, who remained in his post. Now both men have left.

Starting out as a musician, Berry joined the ENO as casting director in 1995 and has been in overall artistic control since 2005.

The job of the ENO artistic director is to maintain artistic standards and attract the right directors, composers and performers at a time when cash is short and the number of productions has been reduced. Musical standards are chiefly the responsibility of the music director, Mark Wigglesworth.

An early critical hit for the Berry regime was the Philip Glass opera Satyagraha in 2007. There were plaudits too for Britten’s Peter Grimes in 2009, and Terry Gilliam’s productions of Benvenuto Cellini and The Damnation of Faust were audience-grabbers.

On the debit side neither critics nor audiences much enjoyed Gaddafi, produced with the Asian Dub Foundation, while Mike Leigh’s recent production of The Pirates of Penzance was criticised for a lack of new ideas.

But all artistic directors end their tenure with a balance of hits and misses. John Berry’s problem was that too many people on the ENO board and at the Arts Council had lost faith in him.

In a statement released on Friday, Darren Henley, chief executive of Arts Council England, said Berry had “demonstrated a strong commitment to keeping opera at the cutting edge” during his tenure.

He said the council wished Berry “all the best for the future” and that it would “continue to work closely with ENO as they develop their business model.”

Martyn Rose added: “This is the right decision for the English National Opera, which I have long believed was in need of a fresh artistic vision and an improved business model to ensure it could survive.”

Originally named the Sadler’s Wells Opera Company, the ENO adopted its current name in 1974, six years after making the London Coliseum its home.

The company describes its mission as one of “creating new audiences for opera through English language performances which are affordable and accessible to everyone”.