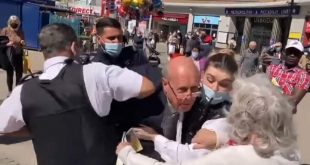 The funeral of Egyptian actor Omar Sharif, who died on Friday at the age of 83 following a heart attack, has been held in Cairo.

Among those attending the service were fellow actor Hussein Fahmy and former Egyptian Antiquities Minister Zahi Hawas, a close friend of the star.

Fahmy hailed Sharif as “a man who loved Egypt and represented the Egyptian art in its best form.”

“Somebody that we’re going to miss for a very long time,” he added.

Mr Hawas, a prominent archaeologist, said he had “lost a close friend” while “the world lost a great actor”.

“As a movie star, he will not be repeated again. He was unique,” he said.

Many local actors attended the funeral at the Hussein Tantawi Mosque in an eastern neighbourhood of the Egyptian capital, among them Egyptian actor Gamil Rateb and film star Khaled Nabawy.

When news broke of his death on Friday, stars from around the world paid tribute to Sharif, who had been diagnosed with Alzheimer’s disease earlier this year.

‘He was handsome, sophisticated and charming. He was a proud Egyptian,’ Barbra Streisand, who co-starred with Sharif in Funny Girl, wrote on Facebook.

‘I feel lucky to have had the opportunity to work with Omar, and I’m profoundly sad to hear of his passing.’