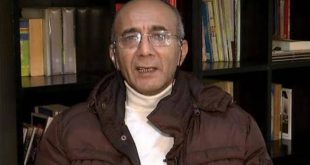 Labour will not oppose Conservative plans in the Budget to limit child tax credits to the first two children, its acting leader Harriet Harman has said.

She told the BBC Labour’s big defeats in the last two elections meant it could not adopt “blanket opposition”.

She said the party must listen to the views of those who had put off having “bigger families” for financial reasons as well as those getting state support.

But Labour leadership contender Jeremy Corbyn said he could not support this.

And a spokesman for fellow candidate Andy Burnham said the government had “no mandate” for the cuts to tax credits.

In other Budget reaction on Sunday, outgoing Lib Dem leader Nick Clegg said the overall direction of Chancellor George Osborne’s package was “quite unfair” and he accused the Conservatives of “cosseting the old” at the expense of younger voters.

Mr Osborne has said he will restrict access to tax credits as part of his goal of cutting £12bn from welfare by 2019-20.

From April 2017, new claimants for child tax credit will not be able to claim for the third, or subsequent children, while from next April the income threshold at which households’ working tax credits will begin to be withdrawn will fall from £6,420 to £3,850 a year.

In the immediate aftermath of Wednesday’s Budget, Ms Harman criticised the welfare changes, saying they would leave thousands of working families worse off.

But in an interview on the BBC’s Sunday Politics programme, Ms Harman said Labour would not oppose the government’s plan to reduce the overall household benefit cap to £20,000 a year outside London and hinted it would also back the third child limit on future tax credits claims.

Labour must be “understanding” about the size of the welfare bill at a time when many families who did not receive in-work benefits were struggling to make ends meet and having to make difficult decisions, she said.

“When I was going around the country on the pink (election) bus, talking specifically to women, so often they would say we’ve got one child, we’d really love to have another but we just can’t afford it, what with our homes not big enough and the childcare is too expensive,” she said.

“They’re working hard and they feel it’s unfair on other people that they can have bigger families that they would love to have if they were in the position to do that. We have to listen to that.”

Labour, Ms Harman said, would oppose the reduction in the tax credit threshold to £3,850 a year and the faster withdrawal of it, saying it would leave families an average of £1,000 a year worse off.

But she said the temptation to oppose everything in the Budget was not a luxury open to Labour since, at this moment, it was seen as being a party of opposition not a government in waiting.

“We can’t simply say to the public you were wrong, ‘we’re going to carry on saying what we said before the election’, we have to listen to that… We’re not going to do blanket opposition because we’ve heard all around the country that whilst people have got concerns, particularly about the standard of living for low income families in work, they don’t want just… blanket opposition to what the government are proposing on welfare.”

But Ms Harman’s comments were criticised by Jeremy Corbyn, one of the four MPs vying to be the next Labour leader, who is basing his campaign on an anti-austerity message.

“If it is proposed that Labour MPs are being asked to vote for the government’s plans to cut benefits to families I am not willing to vote for policies that will push more children into poverty. Families are suffering enough,” he said.

“We shouldn’t play the government’s political games with the welfare if children at stake.”

And a spokesman for Mr Burnham said he had consistently spoken out against taking away support for working families with children on modest incomes.

“Andy will not offer blanket opposition and, where we agree with a government policy, we won’t oppose for the sake of it,” a spokesman said. “But these tax credit changes are regressive, they are wrong, they hit families in work and Andy opposes them.”

And the SNP said it would also continue to oppose cuts to tax credits. “In Scotland 95% of tax credits are paid to families with children,” its welfare spokeswoman Eilidh Whiteford said.

“So it makes it all the more worrying that Labour are supporting these cuts as we know they will hit working families hardest.”

Speaking on BBC1’s Andrew Marr Show, Business Secretary Sajid Javid acknowledged there would be “winners and losers” from the Budget but that its proposals on a national living wage and cuts to income tax, alongside the welfare curbs, were “fair and well-balanced”.